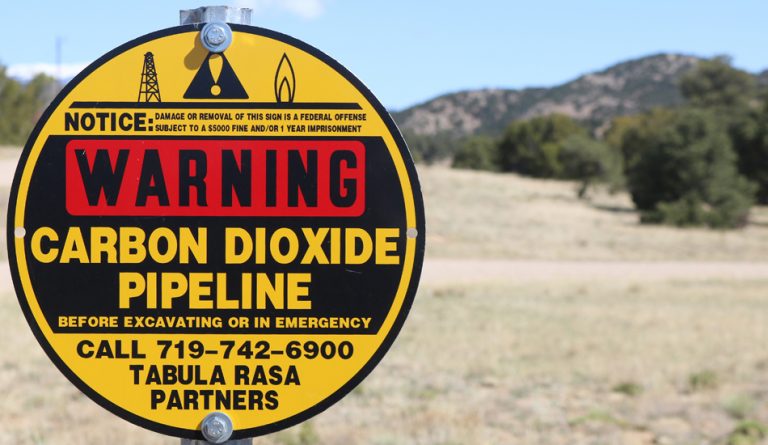 A team of scientists seems to have found an effective way to eliminate CO2 from the atmosphere — by using industrially produced magnesite. (Image: Jeffre Beall via Wikimedia Commons)

We have seen an increasing concern about global warming during the last decade. The possibility of worldwide disasters has led many scientists to search for ways to remove greenhouse gases from the atmosphere. A team of scientists seems to have found an effective way to eliminate carbon dioxide (CO2) from the atmosphere — by using industrially produced magnesite.

Magnesite is a naturally occurring mineral that is known to remove half a ton of carbon dioxide from the atmosphere for every ton of the mineral. However, there is a major challenge with magnesite. It has a very slow formation process. Typically, it takes thousands of years for magnesite to form on the surface of the Earth. As such, using large volumes of magnesite for carbon removal was seen as an inefficient and expensive method.

However, the researchers of the study were able to develop a way of artificially creating the magnesite using polystyrene microspheres as a catalyst. The process will output the magnesite in just about 72 days compared to the thousands of years the natural procedure takes. As icing on the cake, the polystyrene microspheres remain unchanged during the production, enabling them to be reused again and again for the manufacture of magnesite.

“For now, we recognize that this is an experimental process and will need to be scaled up before we can be sure that magnesite can be used in carbon sequestration (taking carbon dioxide from the atmosphere and permanently storing it as magnesite). This depends on several variables, including the price of carbon and the refinement of the sequestration technology, but we now know that the science makes it do-able,” project leader Ian Power says in an interview with Phys.Org.

Since the production process takes place at room temperature, the procedure is highly energy efficient. As it takes just 72 days for the magnesite to be produced, large quantities of the mineral can be manufactured very quickly and cheaply. This allows for large-scale carbon dioxide removal from the atmosphere. Several scientists have hailed the newly developed technique as a big step towards the goal of managing CO2 in the atmosphere.

“Carbon storage by mineral precipitation has been investigated over the last decades, but, as with carbon capture at power plants or industrial sources and the associated geological storage in sedimentary basins, has often come up against an energy and financial barrier. Though clearly at an early stage, the research demonstrating a less energy intensive and lower cost route to magnesite precipitation is very welcome,” Dr. Gareth Johnson from the University of Edinburgh is quoted by The Independent.

However, even if we are able to produce magnesite in large quantities, we can’t solely rely on it to resolve our global warming woes. As discussed previously, one ton of CO2 can only be removed by using two tons of magnesite. According to estimates, around 40 billion tons of CO2 is released into the atmosphere every single year. This would mean that 80 billion tons of magnesite have to be produced to just remove the annual carbon emissions. This is obviously impossible.  However, magnesite can be used as one of the means of carbon removal in conjunction with other methods. The only thing that is left to be done is for the scientists to refine the magnesite production process and make it ready for industrial implementation.