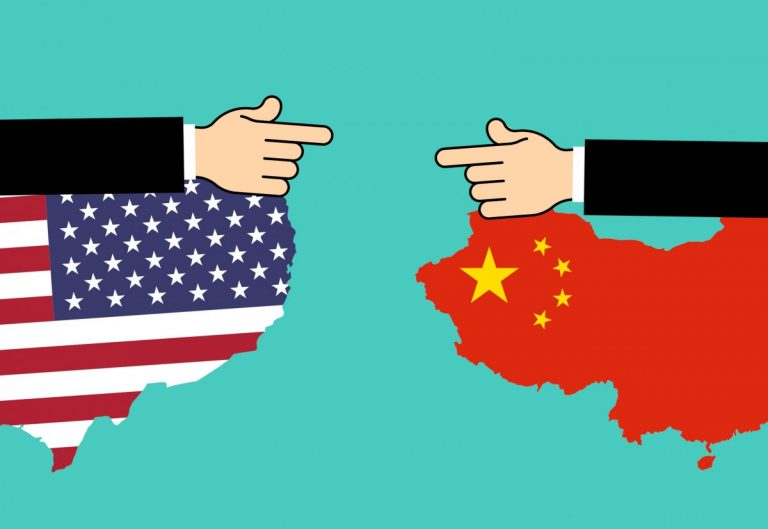 According to the general insight, it seems that 'the whole Chinese economy is a Ponzi scheme economy.' (Image: via Wikimedia Commons)

Bloomberg in its article on July 18 pointed out that Trump’s offensive trade regulation behavior could possibly spark a Chinese debt crisis due to its credit bubble bursting as an unavoidable side effect of the dollar tightening. According to the general insight, it seems that “the whole Chinese economy is a Ponzi scheme economy.”

This statement is not alarming considering that China’s extraordinary growth over the past few decades has attracted the scrutinizing eye of many lines of analysis by those wary of its future development.

That skepticism about China’s future points to the nation’s rising debt. Moderates, to the contrary, believe that China’s overall debt-to-G.D.P. ratio, which exceeds 250 percent, is apparently normal. Leaning on historical experiences, a high and fast rise of any market or commodity is usually inevitably followed by some sort of correction process of the respective market or commodity. The American debt crisis due to its housing bubble is just one example illustrating a correction process after a steep incline.

Skeptics believe that when China’s debt bubble finally blows up, it might reveal that the Chinese economy is a “Ponzi scheme economy.”

A Ponzi scheme economy simply means that a person (or an economy) borrows more than they can repay on the inside while making it seem the opposite on the outside.

Indications of an imminent burst

The so-called Ponzi scheme economy that critical analysts referred to is funded by excessive printing of money through the state under the Chinese Communist Party (CCP).  The whole society is being encouraged to borrow more heavily. All the accumulating debt and money printing to compensate for it are inflating the debt bubble, which stretches from the stock market all the way to the property market. China’s yuan loans rose from 1.5 trillion in 1990 to 174 trillion in 2018, and the supply of broad M2 money increased by more than 10,000 percent during the same period.

China’s broad money supply growth, also called M2, is the key factor fueling inflation. While China keeps on issuing renminbi loans, the total outstanding loans are steadily growing too. In June 2018, the amount of newly issued renminbi loans stood at 1.86 trillion yuan (US$278 billion ), an increase from 1.15 trillion yuan in May. At the same time, the outstanding loans grew by 12.7 percent in the first half of 2018, leaving its total in June 0.1 percentage point higher than that end of May, according to a statement by Yuan Talk, as sourced the People’s Bank of China.

Six wallets for a home

On the property market, the extremely high price of houses is squeezing three generations dry, causing an anemic domestic consumption — many people are even forming family communities to create enough collateral to qualify for a home loan.

Along with the inflating housing market bubble over the past decade, the average home price across China has increased fivefold to tenfold.

At the “China Economic Forum” in April 2018, Fan Gang, a member of the monetary policy committee of the People’s Bank of China, further explained his “six-wallet” principle.

The “six wallets” concept, initiated under the CCP, combines the savings of six family members from the families of both husband and wife. The husband’s parents and wife’s parents, including the young couple, on top of a downpayment, would make up the collateral to get a loan to buy the home.

This principle, as it puts the burden of paying a home loan on the backs of several generations at once, has squeezed the wallets of three generations.

The burden of a huge debt to finance the loan even deprives many of their savings for their future.

A growing number of Chinese people, critics claim, have become slaves to home ownership in China. This predicament involves not only one generation, but three generations spanning from grandparents to grandchildren.

Many opposed to the six wallet strategy regard it as a scheme to make already financially burdened people willing to take on even more debt, while at the same time offering the banks under the CCP a lucrative collateral in case the original debtors crumble under the financial pressure.

In the past few months, more than 50 electronics companies in Zhongshan and Shunde areas have been affected by the debt crisis; with people running away, factories were forced to shut down and went bankrupt.

The financial fund chain seems broken and the bubble caused by the so-called Ponzi scheme economy might burst. Many predict this bubble might burst at any moment.

The China-U.S. trade war has also accelerated the process, as China imposes retaliatory tariffs on U.S. soybeans and corn.

In May 2018, large state-owned enterprises in Jilin, along with China’s largest corn trader, Jilin Grain Group and its subsidiaries, went bankrupt. In mid-July, China’s largest soybean import giant, Shandong Chenxi Group, declared bankruptcy. In actual fact, before the escalation of the China-U.S. trade war, the CCP had already been trying to delay the outbreak of the debt crisis in recent years.

For this year alone, 30 private companies, including the Chinese developer Zhonghong Holdings, have breached contracts in China. Yongtai Energy’s debt has increased fourfold in five years, reaching 72.162 billion yuan as of the end of March.

China’s overseas investments may still be at a more or less “undetectable” stage, especially due to the transfer of the asset bubble into the global economy.

In June 2017, China probed four private enterprises that include HNA, Anbang Group, Dalian Wanda, and Fosun, which accounted for most of China’s outbound deal-making over the past five years.

HNA Group, which was recently investigated by the Committee on Foreign Investment in the United States (CFIUS), began to sell its assets. In 1993, the total assets of HNA Group amounted to 100 million yuan and this climbed to 1.5 trillion yuan in 2018 — 150,000 times more in just 25 years.

Wang Jianlin, the chairman of Wanda Group, was ranked 18th in the 2017 World’s Billionaires list by Forbes, making him the richest man in China. Wang began to sell his overseas assets after the probe by the CCP. He sold 200 billion yuan worth of assets in half a year.

All these private enterprises are widely recognized as having the support of the CCP and their capital expansions have been financed by the Chinese banking system. The huge financial support by the banking system often includes miraculous acquisitions likened to the “snake swallowing the elephant” in the capital market. Their expansion, while accumulating a large amount of wealth for the “stakeholders” behind them, also has a considerable impact on China and the world economy.

At home, the stock market and banks suffer huge losses because of the turmoil of these enterprises; the last ones to pay are often the retail investors and the people who have to bear the bad debts of the bank and the financial losses of the government.

Overseas, Chinese enterprises have accumulated a lot of wealth and simply throw their money to purchase at any price that has significantly pushed up the prices of real estate, stocks, and other assets creating the property bubble in the host country.

Is China’s cover-up affecting the world? What does it bring? The answer will be known soon.