An Indian Australian’s Impression of Taiwan 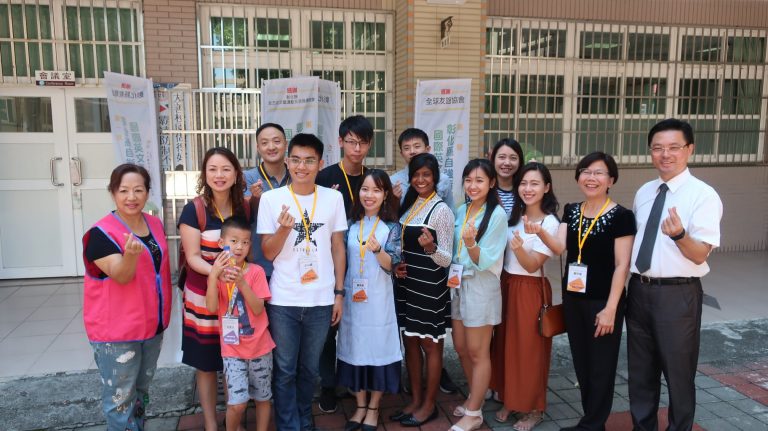 Reena Augustine (5th from the left on the front line) flew all the way from Australia to Taiwan as a volunteer teaching at an International Summer English Camp on July 9-13, 2018. (Image: via Changhua Parent Union Advisory Council)

Reena Augustine is an Indian Australian citizen who moved to Australia from western India’s Gurjarat in 2009. She is the founder and director of Red Carpet Functions, an organization aspiring to celebrate the diversity of Brisbane’s communities and emphasizing the appreciation of its diverse cultures.

Watch the following video for highlights from the summer camp organized by the Changhua Parent Union Advisory Council in Taiwan.

To gain a deeper insight into the diverse Taiwanese culture, she traveled to Taiwan four days prior to the summer camp. During her stay in Taiwan, she visited some tourism factories and various tourist attractions. The following is her impression of Taiwan based on her observations and interaction with her students and others in Taiwan this time.

Taiwan is known for its natural beauty. When interviewed, Reena said that she especially enjoyed the beauty of Sun Moon Lake (日月潭), which is one of the Eight Wonders of Taiwan, and its bikeways were cited by CNN and some other media outlets as some of the most beautiful cycling trails in the world.

Reena had been to Taiwan years ago, but her recent visit especially allowed her to know more about Taiwanese people as she stayed with a local volunteer in the dormitory during the summer camp. She noted that her time spent in the camp helped her learn firsthand about what happens in schools. “This experience of volunteering has taught me that there are people in this world who care about humanity,” she recalled.

“The beautiful nature of the Taiwanese people and their culture, however, remained the same; they were constantly full of goodwill and high spirits,” she added.

“The Chinese culture is very traditional, as their heritage stems back thousands of years. I believe it is very important to stick to your roots and respect what you have been brought up with,” she explained. “Taiwan’s sense of culture and determination will always be their biggest advantage.”

Taiwan is famous as a paradise for food lovers, offering everything from inexpensive and simple snack food at night markets to sumptuous banquet meals. She pointed out: “A noticeable distinctive feature of Taiwan’s culture is its attitude toward food — noticeable in its variety of eateries ranging from cheap market stalls to high-end restaurants. The portions are small but many, as a single meal can contain around 12 courses, with the occasional soups.”

Reena is very much impressed with Taiwan’s night markets. Taiwan’s night markets usually have scores of food stalls serving up all kinds of local delicacies, other delicious treats, and almost all articles people need in their daily lives. “The night markets too are a popular attribute to Taiwan, and here I shopped [for] all things — clothing, accessories, and shoes,” said Reena.

Another feature of Taiwan’s night markets is that they are a place for fun, as there are usually some stalls where visitors can play games, such as goldfish scooping, dart throwing, or shooting air pistols at targets or balloons, etc. Therefore, a night market is a destination that cannot be missed, not only among locals, but also tourists.

As a winner of the Women in Business Community Dedication Award for 2016-17, Reena also shared her opinions on international business expansion. “Taiwan’s connection to global networks is already quite developed,” she said. “It’s important to know the facts and figures of your business before expanding internationally. This includes undertaking market research in terms of if the product or service will sell well and also if the target market is familiar with said product or service.”

Finally, she said: “Through my visit to Taiwan, I became enriched with the knowledge of the country, its culture, and its constant move to educate the kids.”