China Is a Hot Spot of Ground-Level Ozone Pollution 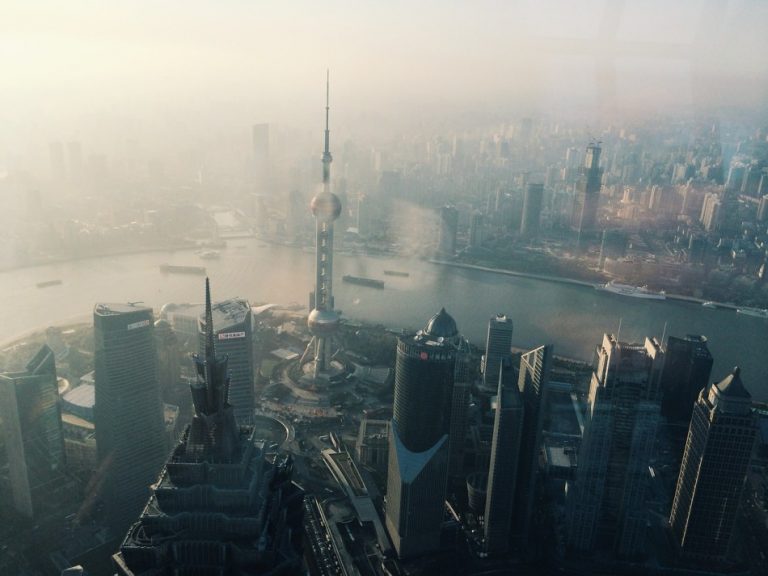 New study: Ozone levels higher across China than in other countries tracking the air pollutant. (Image: via Pixabay)

In China, people breathe air thick with the lung-damaging pollutant ozone two to six times more often than people in the United States, Europe, Japan, or South Korea, according to a new assessment.

By one metric — total number of days with daily maximum average ozone values (8-hour average) greater than 70 ppb — China had twice as many high ozone days as Japan and South Korea, three times more than the United States, and six times more than Europe. Lin Zhang of Peking University, lead author of the study in the current issue of Environmental Science & Technology Letters, said:

“We find that in the most populous urban regions of Eastern and Central China, there are more than 60 days in a calendar year with surface ozone levels exceeding the Chinese national ozone air quality standard.”

Owen Cooper, a co-author on the research paper and a CIRES scientist working in NOAA’s Chemical Sciences Division, said:

“Human and vegetation exposure in China is greater than in other developed regions of the world with comprehensive ozone monitoring.”

Many countries regulate ozone because of the damage the pollutant does to plants and people. In the United States, for example, the current health-based standard for ground-level ozone, set by the U.S. Environmental Protection Agency, is 70 ppb (based on the maximum daily 8-hour average). The Chinese national ozone air quality standard is a daily maximum 8-hour average greater than 160 micrograms per cubic meter, equivalent to about 80 ppb.

Ground level ozone is most commonly formed when volatile organic compounds and nitrogen oxides react in the atmosphere in the presence of sunlight. The burning of fossil fuels and biomass burning (from crop clearing or forest fires) are major sources of volatile organic compounds and nitrogen oxides. Since the 1990s, tighter controls on emissions of those ingredients have lessened ozone pollution in many European and U.S. cities.

But the extent of surface ozone pollution in China hasn’t been widely recognized, in part because there were so few Chinese monitoring sites before 2012, according to the researchers. For this study, the researchers used data from a relatively new network of 1,600 ozone monitors in China and a massive new global ozone database to quantify ozone levels in China and compare those to the levels in other countries.

The new report shows that China has higher ozone pollution levels than all nations with ozone monitors, including the United States, Europe, Japan, and South Korea. Every ozone metric the researchers looked at rose continuously in China over the last five years. Xiao Lu in Zhang’s group, first author of the study said:

“We found the largest increases in ozone exposure in eastern and central China, especially in the most populous areas. These results indicate an increasing severity of human and crop/ecosystem ozone exposure across China.”

In fact, present-day ozone levels in major Chinese cities are comparable to U.S. levels in the 1980s and 1990s. “Ozone levels in Beijing today are similar to Los Angeles in the 1990s, when emission controls were just beginning to have an impact on reducing ozone levels there,” said Cooper.

For the past several years, wintertime haze pollution has been the main public concern in China and the focus of government action on air pollution, according to Zhang. The Chinese government has implemented stringent emission control measures to improve air quality: Since 2013, the Action Plan on Air Pollution Prevention and Control has reduced the concentration of primary air pollutants and particulate matter an average of 35 percent for 74 major cities.

“Many people in China do not realize that we may suffer severe ozone pollution under a typical blue sky in summer days. The emerging severity of ozone pollution in China now presents a new challenge for emission control strategies.”

Because ozone can harm plants, including crops, the researchers also investigated the potential for ozone-induced plant damage in China. One vegetation metric they examined captures accumulated ozone exposure exceeding a threshold above which tree growth or crop yield is expected to be reduced, over a crop’s typical three-month growing season.

In China, values for that metric were 1.4 to 2 times higher than in Japan, South Korea, Europe, and the United States. Studies done before 2010 at a few Chinese sites concluded that ozone pollution was already reducing wheat yields up to 6 to 15 percent, Cooper said:

“And because ozone levels in China have increased since then, we would expect to see even greater crop loss now.”

The database the researchers used in this analysis is part of the Tropospheric Ozone Assessment Report (TOAR), a series of global assessments of ozone pollution and its relevance to people, plants, and climate. CIRES’ Owen Cooper is chair of the research project’s steering committee he said:

“This is exactly the kind of follow-on assessment we hoped TOAR would inspire.”

According to lead author Zhang, scientists have known that there are high surface ozone levels in present-day China; what they didn’t know was how China’s ozone pollution compared with other industrialized countries in terms of magnitude, frequency, human, and vegetation exposure, Zhang said:

“Our study presents such a novel comparison by combining the Chinese ozone data with the TOAR dataset.”

Provided by: University of Colorado at Boulder [Note: Materials may be edited for content and length.]