How I Experienced September 11 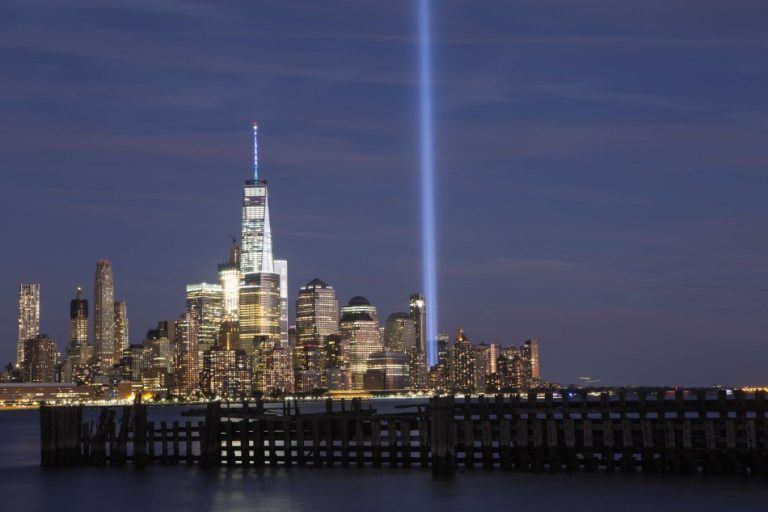 I remember September 11. It was no ordinary day or one that I could say, looking back, was like any other. The world, like I had never experienced before, came closer, became as one.

I was on my way back home that day waiting for a train when my father called me. “A plane flew into the Empire State Building,” he said. I didn’t make much of it at that time. How could I, a mere teenager eagerly awaiting to finally jump into his well-deserved weekend after a week of following the clocks and learning till well into the late hours of the night? “Oh, waw,” I replied in German.

No, I am not American. I wasn’t even in the United States that day. But still, I was with everyone, everywhere, who had heard the news and was watching a tragedy for so many seemingly unfold. Separated by the wide ocean, looking back today, I can say: “I remember September 11th.”

It is ironic how such an unforeseeable tragic turn of events is able to bring together so many people who come to serve and venerate the same goal — unity and peace. People all around the world became a witness to the heart-shaking events in New York City on September 11, 2001.

I was in London but saw it on TV

My best buddy called me from the Brooklyn Bridge to say he was safe, but not until later in the day – he worked in Union Square

I wasn’t very aware of it back then. But looking back today, I realize that in one moment, I was focused on myself and the tiny part of reality that I take up, and in the next moment, it was like the world was drawn closer together by such a devastating event.

It was like the whole world felt the hurt. I speak about it now like someone who, after moving to the United States for some time, looks back at a memory from the place it actually took place. Looking back at what happened, as a more mature person today, I feel great sympathy for everyone who lost a loved one or friend on September 11, 2001.

“Fortune” is a word that rolls off the tongue easily. But fortune by its very nature does not come without a price. It is because of this that I find fortune should always be regarded in respect of other’s misfortune. I believe then that one can only truly value one’s own fortune by commemorating those who bore the misfortune.

Pictures of fortune after September 11

I was fortunate to be able to visit the site in New York City that I had long ago only heard of briefly when my father told me, over the phone, that a huge misfortune was happening to people in the buildings, once known as the Twin Towers.

It is hard to speak the truth, the feelings, and the worries that we sometimes harbor. But once we do, we feel a relief, a sigh of lightness, as we reconcile ourselves with the past and have hope for the future. This is a hope that is in unity and has a better understanding with others, a feeling of “one world” so to speak.

One world, one freedom

Many who remember 9/11 might associate it with war, hate, or other regretful concepts. But what if we could all look back and take it as a reminder and a validation of the importance of coming together as a world community. We could foster our relationships based on our similarities rather than as a reaction to our differences.

In memory of eternal reflection

This is in memory of those who went to work on that day, unaware that they would enter history never to be forgotten again. So, at the end of this article. I wish, in memory of September 11, that we part not with a feeling of loss, but with an experience of fortune.