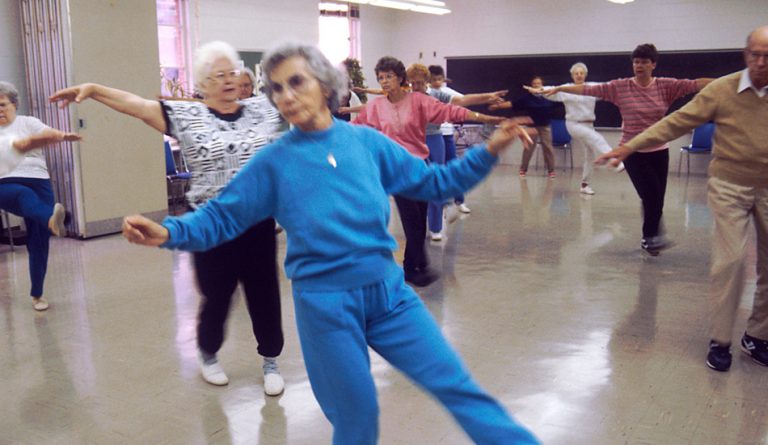 Though Parkinson’s cannot be cured completely with our current solutions, there are some things you can implement to keep the disease in check. (Image: via Wikimedia Commons)

Being diagnosed with Parkinson’s disease is one of the worst things a human being can experience in old age since they will start losing control over their own body, making life miserable.

Engaging in exercises on a regular basis can do wonders for you when it comes to managing Parkinson’s. According to a report by the National Parkinson’s Foundation, just two and a half hours of intense exercise every week is good enough to delay the progression of Parkinson’s symptoms.

“There is a strong consensus among physicians and physical therapists that improved mobility by exercising may improve thinking, memory, and reduce the risk of falls. By avoiding complications from falls, you can prevent further injury. At this time, we know that people who exercise vigorously, for example running or cycling, have fewer changes in their brains caused by aging,” states the Parkinson’s Foundation located in New York.

As far as the type of exercise goes, any workout that covers various aspects of fitness like endurance, balance, strength, flexibility, and coordination will go a long way in combating Parkinson’s. Recommended workouts include resistance training, stretching, aerobic exercises, treadmill with body weight support, and so on.

One study observed affected people under an 8-week yoga program and discovered that constant practice had led to greater stability in their posture, lesser risk of falling, and more balanced walking. The participants practiced Hatha Yoga under a qualified instructor.

“Collectively, the functional improvements in motor function, balance, gait, and freezing of gait indicate that this yoga intervention was successful in reducing fall risk in individuals with PD… The results of this study indicate that even on sensitive measures, yoga may improve functioning in the areas of balance, gait, and freezing of gait,” the study says.

In another study, people with Parkinson’s were split into three groups, with each of them specializing in resistance training, stretching, and Tai Chi. The subjects participated in hour-long sessions two times a week for 24 weeks. The research found that Tai Chi practitioners were able to improve their stability and balance much better than other groups.

Eating healthy food is also a strict necessity to combat Parkinson’s. The usual foods you buy from the supermarket are often contaminated with herbicides and pesticides, which have often been accused of causing diseases.

By a combination of regular exercise, spiritual practice, and consuming organic, healthy food, anyone should be able to prevent or at least improve the symptoms of Parkinson’s disease.