The Devastating Sight of Hong Kong After Typhoon Mangkhut 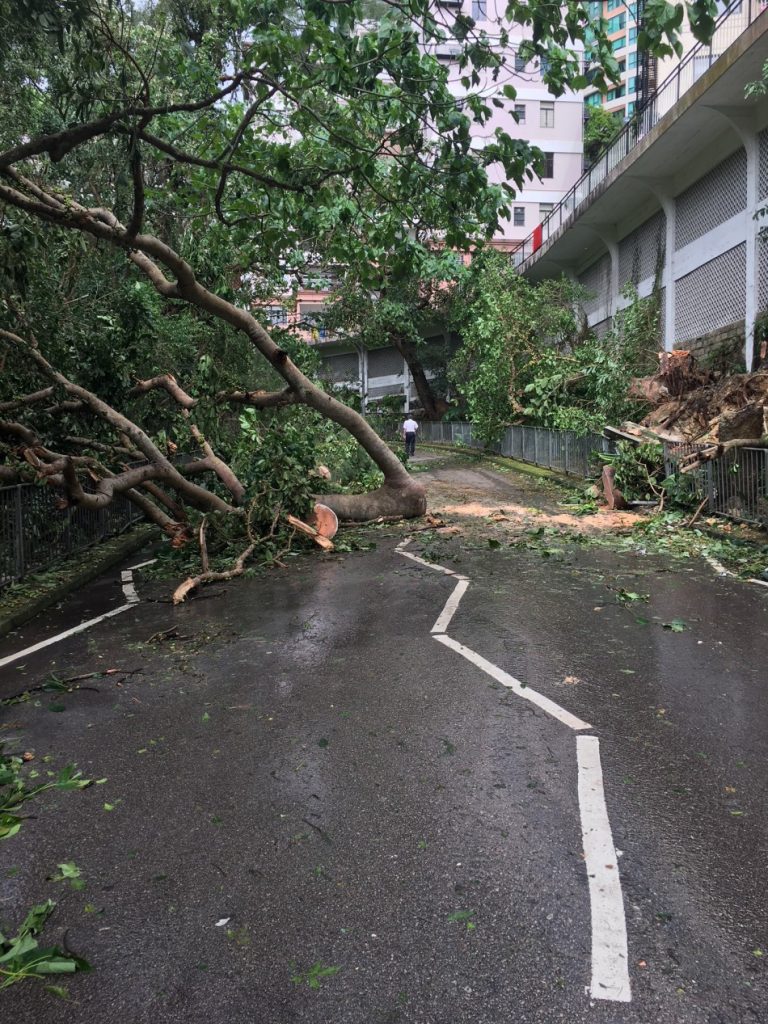 Typhoon Mangkhut swept over Hong Kong leaving destruction in its wake. From my home, it looked like a total disaster. Many trees were uprooted. From small ones to huge, old trees, from the south part of Hong Kong all the way to Repulse Bay, all you could see was limbs that had been torn from trees and trees that were completely uprooted.

I imagined that I could feel the pain of the trees. They lost their beauty after crashing to the ground. However, they are still beautiful in our hearts. They brought shade to us in the summer and we remember the breeze blowing through their branches in all seasons. They were a part of our lives, though seldom noticed. Now, they are just left in such a terrible state.

It is not only a problem that the downed trees block the roads, preventing people from working. These trees themselves were lives that got destroyed. I saw papaya trees with all their unripe fruit being torn apart. What was the cause? Was it just a chance occurrence? I believe humanity has to bear some responsibility. Human beings are degenerating and so it was Heaven’s warning for people to respect nature, to be humble, and to live their lives with value.

However, there is something good worth mentioning regarding Typhoon Mangkhut. It brought out a sense of duty in the people of Hong Kong. Though no buses or subways were running, those people who work in the building management still came to do their jobs, some of them walking two and a half hours to do so. And many volunteers came out to help clear the streets.

I took one photo on the beach in the early morning after the typhoon. I saw birds on the ground and they were not afraid of me as I approached. They had lost their homes in the trees and just seemed like helpless babies, while the dark clouds overhead were like a reflection of their sadness.

Some Hong Kong residents believe there is a deeper meaning to Typhoon Mangkhut.

Watch the following video and see what message Typhoon Mangkhut may hold for people according to one Hong Kong resident: