3 Heartfelt Stories of Fathers and Sons 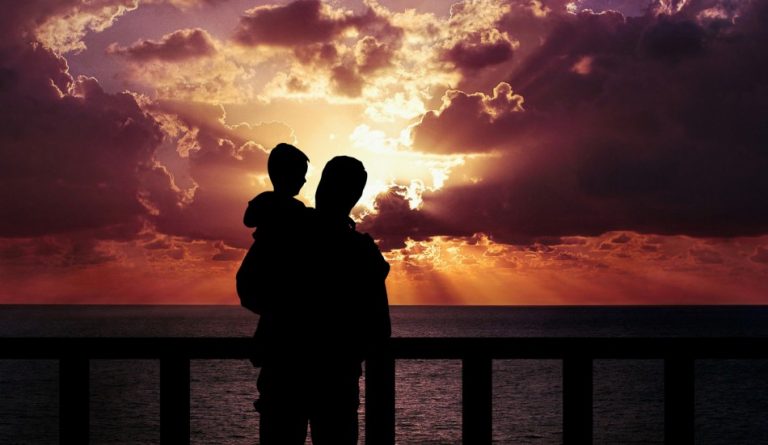 The following are three simple stories with deep inner meanings. If humans could use their outer experiences to reflect upon their inner character, people in society would possibly benefit greatly from the resulting mindset and the way we would treat others around us, as a result.

3 stories about fathers and sons

1. Sitting under the wall

There was a boy who was very addicted to the Internet while he was in high school. He was so attached to it that he would often sneak out of his school dormitory around midnight and climb over the wall to go surf the Internet.

One night, as usual, as he was climbing the wall, he stopped halfway up, quickly retreated and ran back to his room. The expression on his face looked strange for a while after that night, and when he was asked what happened, he didn’t say a word. However, since that incident, the boy became a different student. He studied hard and would no longer sneak out at night to surf the Internet. To his schoolmates, it was as if he had seen a ghost.

Through hard work, he was eventually granted entry into a prestigious college. One day, when the boy and his previous classmates were sitting together and talking about old memories, they asked him again what actually happened on that particular night. The boy became silent for a moment, and then finally replied: “On that day, my father came to give me my living expenses. To save costs, my father did not stay in a hotel, but sat under the wall all night.”

There is a reason why people throughout many ages regard life as one of the great teachers. The love in a family expressed through acts of kindheartedness and forbearance can change a person, as it did the young boy, motivating him to work hard. Every experience that we reflect and look back upon can hold a deeper meaning or a moral implication of some sort. Everything that most parents do seems, when looking back from a later age, to have been out of the wish to do good by their children in the best way they were capable of. Hopefully, more children will find the insight to appreciate their parents’ hard work.

A young, pretty woman, sitting on a train listening to an older woman reminiscing about the good old days, replies to the old lady and tells her the following memory:

One day, I saw my grandfather dyeing his hair at home. “You are almost 60 years old. Why do you still dye your hair? Are you considering flirting with another woman?” I asked him. “Well, whenever I go back to my hometown, I dye my hair black so when your grandmother sees me, she will think that I am young and she is not old.”

The moral of this story may be the fortune that some children have that their grandparents look after them because for some reason their parents cannot. At the same time, it shows how small gestures toward older parents can reveal priceless gems.

The following day, the son discovered that his father had shaved his head bald. He praised his father, ensuring that if he put enough effort into it, he would be sure to become a kung fu expert. However, that day was actually the day before his father’s chemotherapy.

Sometimes, a light joke can shroud the heavy weight of an upcoming burden by creating an alternative world. In reality, most parents in the world are the same in some way or another. Should one not treat them kindly for all time?

Translation by Chua BC