Why Ancient Qigong Is Powerful, Yet Peaceful 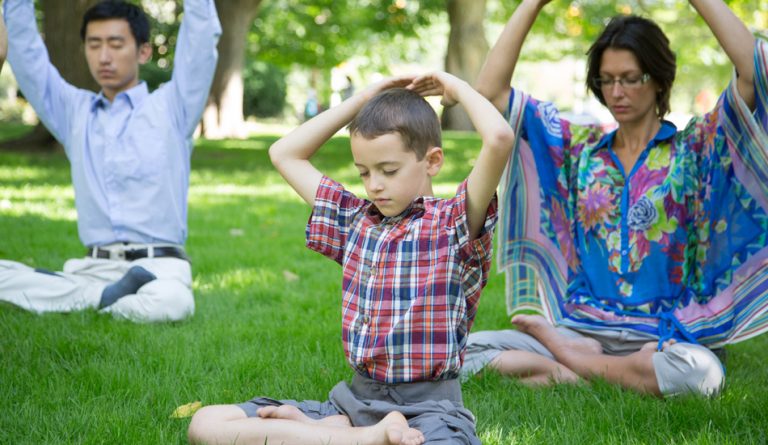 Originating from Buddhist and Taoist monks in China, qigong is a spiritual practice that aims to help its users achieve total well-being. (Image: Joffers951 via Wikimedia Commons)

Originating from Buddhist and Taoist monks in China, qigong is a spiritual practice that aims to help its users achieve total wellbeing. Unlike plain physical exercises where the focus is simply on the movement of the body, qigong requires its practitioners to have a certain level of mental preparation.

“In order to do qigong… we have to pretend to be empty, so the first thing to empty is the mind, so we try not to think of anything and only listen to our breathing, relax all the strength, and relax the mind, so it’s some kind of meditation,” CNN quotes a long-time qigong practitioner.

This ancient practice is suitable for people of all ages and has been found to be extremely beneficial in a variety of scenarios, right from reducing physical pain to having a calming effect on depression, and even for keeping the skin healthy.

The practice has an incredible ability to reduce the pain resulting from medical conditions. A study conducted on women who suffered from pain because of extreme fibromyalgia discovered that their experience of pain reduced by more than 70 percent after the subjects started practicing qigong. In fact, the pain reduction began after just seven sessions of practice.

Another study looked at how qigong affects people with late-stage complex regional pain syndrome type 1. From the 22 subjects who participated in the study, 82 percent reported feeling less pain after just a single session. And by the time the last session was completed, almost 91 percent of the subjects stated that they felt no pain at all.

“Qigong training was found to result in transient pain reduction and long-term anxiety reduction. The positive findings were not related to pre-experimental differences between groups in hypnotizability. Future studies of qigong should control for possible confounding influences and perhaps use clinical disorders more responsive to psychological intervention,” the study stated.

Falun Gong is an internationally popular form that is done by everyone, from kids to seniors. Falun Gong, also known as Falun Dafa, offers a means to holistically adjust bodies and get rid of diseases to enable an individual to practice advanced cultivation. Regular practice has been reported to provide relief from a variety of pains and abnormalities.

People who practice qigong benefit by having a better mood. Negative psychological states like depression and anxiety are reduced when one engages in regular practice. In addition, practitioners were also observed to have a lesser fear of failure and better self-esteem.

A study done to find out how women with chronic fatigue responded to regular qigong practice concluded that “decreases in depression symptoms were associated with increases in adiponectin levels following qigong exercise, indicating that the potential contribution of adiponectin to qigong exercise elicited antidepressive effects in human subjects.”

Practicing the Falun Gong cultivation method is a good and quick cure for depression. Since it encourages practitioners to follow a moral philosophy rooted in truthfulness, compassion, and tolerance, people who feel depressed are quickly able to discover reasons to overcome their negative mental state. Eventually, they develop a sense of peace and clarity of mind.

Regular practice of qigong helps to improve the detoxification and digestive functions of the body. In fact, these functions are positively affected because of the practice’s enhancement of sympathetic and parasympathetic nervous systems.

Since the toxins in the body are dealt with more efficiently, the practitioner benefits in the form of healthy, glowing skin. Face massage and rubbing the corners of the mouth and back of the hands are some of the qigong exercises that are known to help the skin regain its health and vigor.

In addition to the above, people suffering from conditions like cardiovascular disease, sleep disturbances, arthritic disease, cancer, stroke, and shingles-related immunity have all been found to have benefited to some degree by the practice of qigong.

Falun Gong practitioners are reported to heal abnormal conditions and claim healthy, glowing skin. Instead of rushing off to the nearest medical center for expensive treatments, give Falun Gong a try. It’s free and most probably practiced in your nearby park.