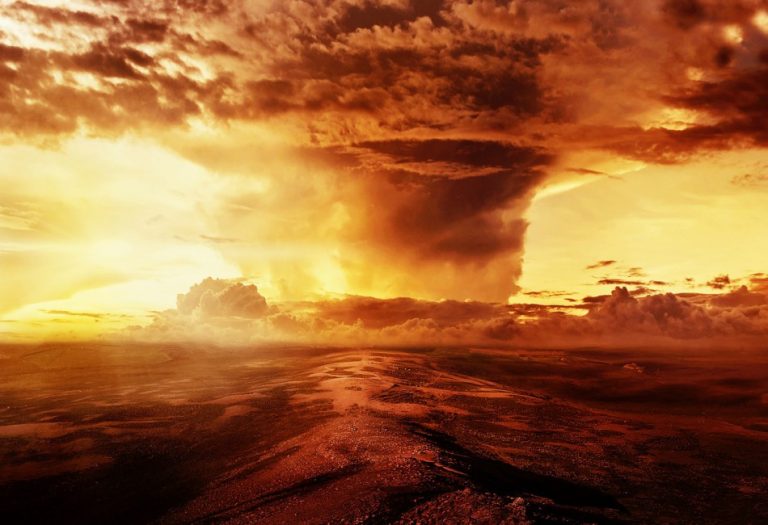 Media reported that Iceland’s Katla volcano is about to erupt, but recent reports suggest that the news was just another case of media sensationalism. (Image: via Pixabay)

The Internet has been going wild over the past couple of days after media reported that Iceland’s Katla volcano is about to erupt, an event that would dwarf even the 2010 eruption of Eyjafjallajökull. However, recent reports suggest that the news was just another case of media sensationalism.

It was the British newspaper Sunday Times that first reported Katla was about to erupt. The article was based on a study published in the Geophysical Research Letters journal that said that Katla was releasing 12 to 24 kilotons of CO2 every day and that this pointed to an immediate eruption. Other media channels picked it up and the report went viral.

The news soon caught the eye of the author of the report who dismissed the claims and stated that they had never said in the study that Katla was about to erupt. The author also lambasted Sunday Times for sensationalizing her study and spreading mass panic among the public.

“Incredibly disappointing to see that @thesundaytimes have gone down the route of trashy tabloids. This article misinforms their readers and undermines me as a scientist and a specialist in my field. Shameful job. In a 20 min conversation with this journalist I explicitly said that: a) we are in no position to predict whether #Katla is ‘about to erupt’ or that ‘magma is building up’ — I even explained that some previous reports on this have been wrongly reporting this,” lead author of the study Evgenia Ilyinskaya said in a Twitter thread.

She also stated that the study she had done was very important and the discoveries made about the Katla volcano could help in forecasting its eruptions more accurately in the future. Meanwhile, several scientists have also come forward to criticize the media sensationalism of a scientific study.

Newsweek quotes volcanologist Pete Rowley as saying that the Sunday Times article was “incredibly disappointing. Not only does it appear to have taken quotes from Dr. Ilyinskaya totally out of context, it appears to have modified them in such a way as to directly contradict the intended meaning of her communication with them. Articles like this Times one can be incredibly damaging.”

The threat of the Katla volcano

Despite the news of an imminent Katla eruption turning out to be false, it is undeniable that the volcano remains a big threat to the safety of Iceland. Scientists estimate that when Katla does erupt, it will melt the massive ice sheet that lies on top of it, causing a flash flood that will wipe out everything in its path. The ash clouds resulting from the eruption could easily cripple air travel for a long time.

Historically, the Katla volcano has erupted at least once every century, an event that typically extends the coastline of Iceland. The last time Katla had a major eruption in 1918, it covered the valley with water, ice, and mud. Several small eruptions have happened since then. But as it has been 100 years since the last major eruption, scientists believe that the volcano is due for a massive blow-up. They just don’t know when the eruption will happen.

The Katla volcano accounts for about 4 percent of global volcanic CO2 emissions and remains one of the world’s largest volcanic sources of CO2. Scientists have installed earthquake sensors throughout the region to closely monitor the activity of the volcano so that the people can be evacuated when Katla does decide to blow.