How a Country Woman Made a Minister Look Inside Himself 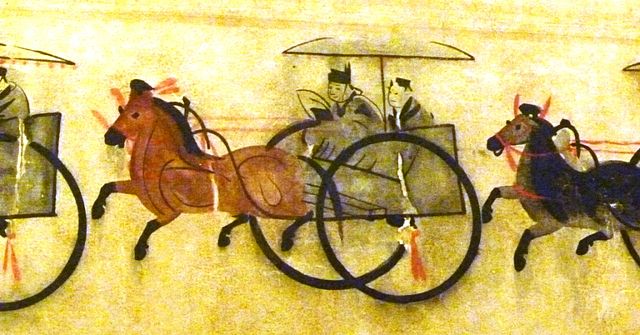 After a collision with another vehicle, how does one properly and effectively resolve the matter? (Image: John Hill via Wikimedia Commons)

A tale from the book Stories About Famous Women of Ancient China shows the wisdom of a country woman more than two millenniums ago. After a collision with another vehicle, how does one properly and effectively resolve the matter? Should people handle it with confrontation? Or should they settle things with sensible reasoning?

One year, Duke Ji Jia of Zheng Country, who ruled the country from 570-530 B.C. in the Spring and Autumn period of China, sent a minister to Chu Country to recruit talent. On a narrow road, the minister’s carriage collided with the carriage of a country woman coming in the opposite direction. The wheel of the minister’s carriage was broken. The minister was so furious that he picked up a whip to beat the woman.

The country woman clarifies the accident to the Duke

The country woman stopped the minister. She analyzed the cause of the accident by saying: “A proverb says ‘A gentleman will not accuse an innocent person, nor will he make the same mistake twice.’ On such a narrow street, I tried my best to avoid hitting your carriage. Yet, your driver wouldn’t move to the side even one little bit, resulting in damage to your carriage. You ignore that fact and accuse me of the accident. I am a scapegoat, am I not? You don’t blame your driver; you want to whip me, an innocent person. Aren’t you making the same mistake twice?”

She continued to say: “In The Book of Documents, it says ‘Don’t take advantage of a widow, and respect the intelligent.’ As a minister, you despise me as a single weak woman and want to whip me. This is typical bullying as it was said in the book. It may seem all right that you whip me. However, you indulge your servant, lose your temper, and want to whip me; it seems that you are losing your good character.”

Listening to her reasoning, the minister realized that the mistake was on him. He was so ashamed that he let her go and asked her name. She replied: “I’m just a rural uneducated woman of Chu.”

The minister was on an assignment to recruit talent in Chu. He invited the woman to go to Zheng country with him as a recruited talent. She said: “I’m the wife of Mr. Zhau. My husband is waiting for me at home.”

The Chu woman, smart and intelligent, with her eloquent reasoning, solved a confrontation and woke up the Minister of Zheng to look within himself.