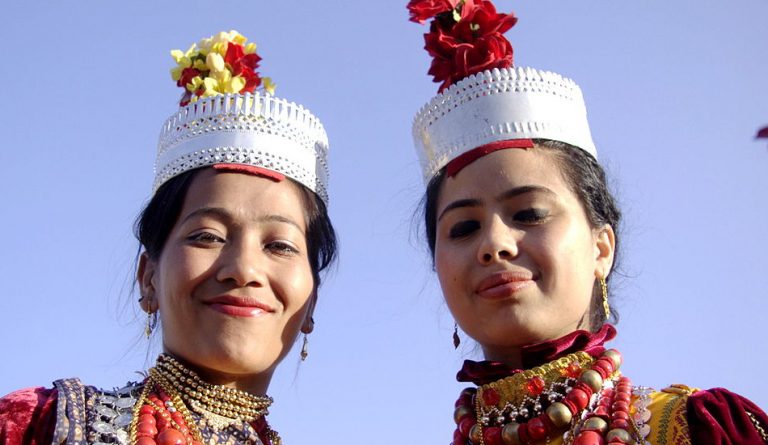 There is a tribe in India that follows matriarchal practices where women hold a higher status than men. (Image: Bogman via Wikimedia Commons)

India is often criticized for having a patriarchal society by liberals. Interestingly, there is a tribe in India that follows matriarchal practices where women hold a higher status than men. And though some feminists might call it a win for women, the fact of the matter is that many men are terribly discriminated against in the Khasi tribe.

The community lives in the state of Meghalaya and has historically been known to favor women over men. BBC quotes a man who says: “If you want to know how much the Khasis favor women, just take a trip to the labor ward at the hospital. If it’s a girl, there will be great cheers from the family outside. If it’s a boy, you will hear them mutter politely that: ‘Whatever God gives us is quite all right.'”

And while the rest of India mostly follows an arranged marriage system where the woman’s partner is selected by her parents, the Khasi tribe provides absolute freedom for a woman to choose whom she loves and lives with. “If a boy likes a girl, he makes the first move. If she reciprocates, he is free to pursue the relationship, although he must inform his maternal uncle, ideally, the eldest. If the girl declines, then the boy ought not pursue her any further,” The Indian Express quotes a Khasi explaining the rules of courtship.

While such practices might look egalitarian and liberal from a distance, one starts to see a sad truth about the Khasi society upon closer inspection — it survives on discrimination against men.

In the Khasi society, the man is supposed to move into the woman’s home after marriage. And for many men, this is a terrible deal. The practice is quite the opposite of what happens in the rest of India, where the woman moves into the man’s home after marriage. When it comes to the division of familial property, men are still neglected. In a Khasi home, it is the youngest woman who inherits the property of the family. Men do not inherit any property.

“Can you imagine the shock of leaving your family home and suddenly becoming a dogsbody in your mother-in-law’s house? She gives the orders and you become a good-for-nothing servant. Only mothers or mothers-in-law look after the children. Men are not even entitled to take part in family gatherings. The husband is up against a whole clan of people — his wife, his mother-in-law, and his children,” The Guardian quotes a furious Khasi male.

Many men feel left out from family and community affairs. As a result, several of them resort to drinking and using drugs in the absence of any meaningful position in society. And even though India practices a policy of “gender justice,” the Khasi tribe is curiously left out from the purview of progressive laws.

This is mostly because the Khasi community is classified as a tribal population by the Indian state, guaranteeing their right to follow their clan practices. As such, while India applies gender-equal laws to the majority of the population, the Khasi tribe can continue with its discrimination against men, facing no legal consequences.

However, the new generation of men seems to be fed up with the system and are looking to change it through legal means, seeking equal distribution of family inheritance and a larger involvement in decision-making within their family.