The Hidden Costs of Cobalt Mining in DR Congo 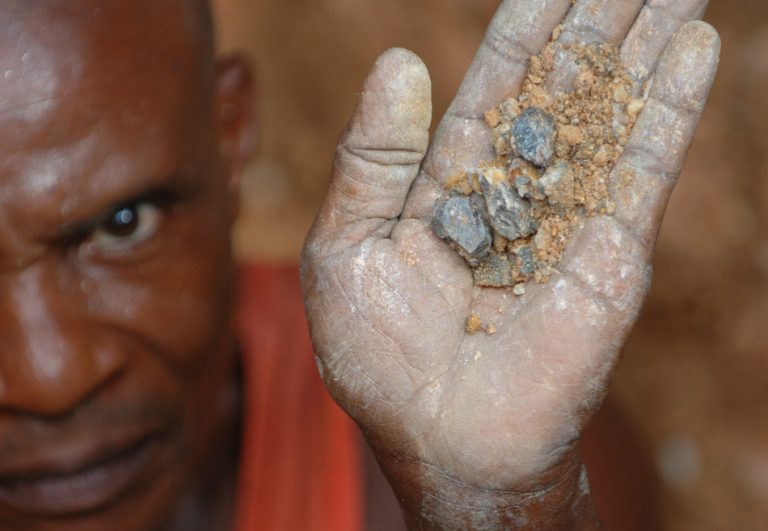 The major problem is the dust — containing cobalt and many other metals, including uranium — that is released during the mining process and settles on the ground. (Image: Julien Harneis via Flickr)

Cobalt mining comes at a great cost to public health in the Democratic Republic of the Congo. New research reveals that children are particularly vulnerable — their urine and blood samples contain high concentrations of cobalt and other metals. In past years, the demand for cobalt has been on the increase due to its many applications.

For one thing, the metal is a crucial component of rechargeable lithium-ion batteries for smartphones and electric cars. Around 60 percent of the world’s cobalt supply comes from the mineral-rich Katanga Copper belt in the Democratic Republic of the Congo. Researchers at KU Leuven and the University of Lubumbashi have now shown that cobalt mining takes a high toll on both the creuseurs — the “diggers” who work in the mines, often by hand — and on the environment.

Previous research by KU Leuven and the University of Lubumbashi (2009) had already found high concentrations of trace metals in the urine of people living close to mines. The new case study, published in Nature Sustainability, confirms the health risks of cobalt mining.

The researchers conducted a case study in Kasulo, an urban neighborhood in Kolwezi, in the heart of the Congolese mining area. When cobalt ore was discovered under one of the houses there, the entire area quickly became an artisanal mine. The houses are now interspersed with dozens of mine pits where hundreds of creuseurs hunt for cobalt. Most residents remained in the area.

The major problem is the dust — containing cobalt and many other metals, including uranium — that is released during the mining process and settles on the ground.

Too much cobalt in children’s urine

The researchers collected blood and urine samples from 72 Kasulo residents, including 32 children. A control group with a similar composition was selected in a neighboring district. According to Professor Nemery, a doctor-toxicologist at the KU Leuven Department of Public Health and Primary Care, the results of their study are worrisome:

“Children living in the mining district had ten times as much cobalt in their urine as children living elsewhere. Their values were much higher than what we’d accept for European factory workers.

“This study may be limited in scope, but the results are crystal-clear. The differences cannot be attributed to coincidence.”

The long-term consequences of this increased exposure to cobalt are not  clear (yet), but Professor Nemery is not optimistic, saying:

“Cobalt is less toxic than other metals such as lead, cadmium, or arsenic. But we found increased concentrations of several other metals as well. Furthermore, we found more DNA damage in children living in the mining area than in those from the control group.

“And the preliminary results of an ongoing study suggest that miners’ new-born babies have an increased risk of birth defects.”

According to Professor Nemery, artisanal cobalt mining causes other problems as well, adding:

“Young men looking for quick cash often start working in the mines, because they earn much more as creuseurs than, for instance, as farmers, which may lead to food shortages.

“And after their arduous work, many miners spend some of their money on alcohol and prostitutes, further adding to social problems.

Provided by: KU Leuven [Note: Materials may be edited for content and length.]