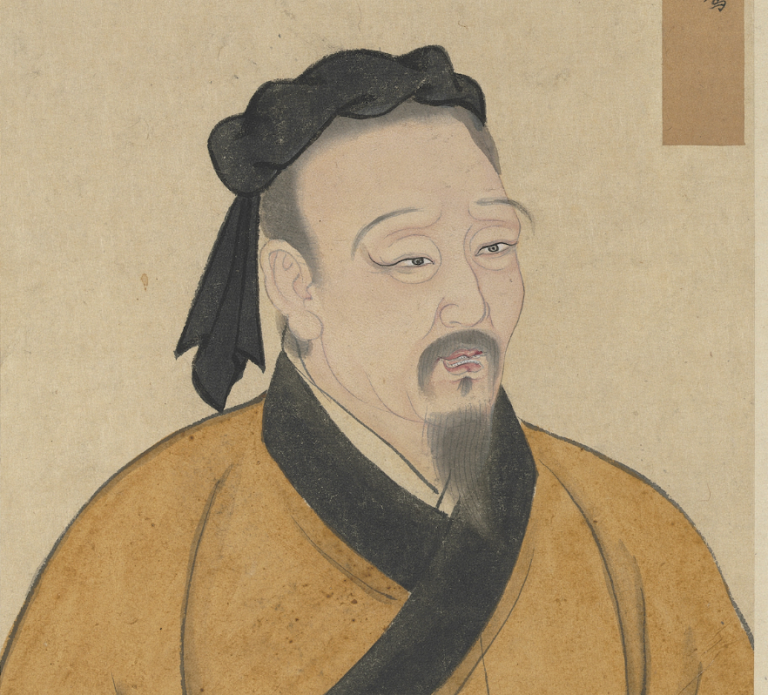 Min Sun, also known as Min Ziqian, was one of Confucius’ favorite disciples, and one of the most prominent, known for his filial piety. (Image: via Wikimedia Commons)

Min Sun, also known as Min Ziqian, was one of Confucius’ favorite disciples and one of the most prominent, known for his filial piety. He was a native of the Kingdom of Lu from the Spring and Autumn Period (770-476 B.C.). Distinguished for his moral integrity, the following legend was included in the classic Confucian text The Twenty-four Paragons of Filial Piety.

Legend has it that Min Sun was brought up by his stepmother. His real mother passed away when he was still young, and his father remarried. His stepmother gave birth to two sons and strongly favored them over him. During the winter months, his stepmother kept her own sons very warm by lining their clothes with cotton, but she lined his clothes with catkins and weeds.

One day while taking his father out in a carriage, Min Sun dropped the ropes because his hands were so cold he could not hang on to them. His father became very angry, swore at him, and whipped him. The whip broke the seams of Min Sun’s clothes revealing the catkins and weeds inside. That’s when his father realized that his wife had been mistreating his son.

When they returned, Min Sun’s father was going to throw his wife out of the house for abusing his son, but Min Sun knelt on the floor, begging his father to forgive her. He exclaimed: “If my stepmother remains, only I will suffer from the cold, but if she goes, all of us will freeze.” His father was touched and let his wife be. His stepmother was full of regret and so touched by his kindness that she began treating him as one of her own from them on.

In China, there are several memorials dedicated to Min Sun, including the Tomb of Min Ziqian in Jinan, Shandong Province, and the Min Ziqian Temple in Suzhou, Anhui Province.