US Lawmakers Want Next Winter Olympics Shifted From China 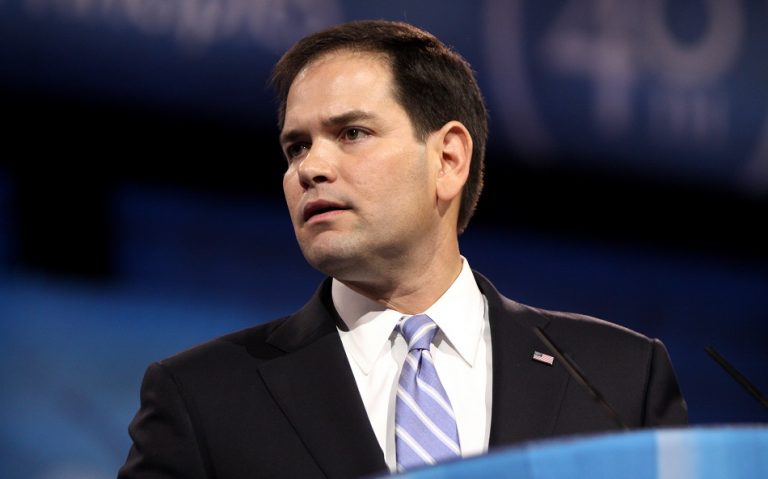 Marco Rubio wants 2022 Winter Olympics taken away from China because of its treatment of Uyghurs. (Image: Gage Skidmore via Flickr)

Two high-profile U.S. lawmakers have called for the next Winter Olympics, scheduled to be held in China, to be reassigned due to ongoing human rights abuses being committed by the Chinese communist government, especially the large-scale ongoing crackdown on the Uyghur ethnic minority.

Senator Marco Rubio and Representative Chris Smith — who lead the bipartisan Congressional-Executive Commission on China — wrote a letter October 10 to Thomas Bach, president of the International Olympic Committee (IOC), urging the sporting body to “review and ultimately reassign the location of the 2022 Winter Olympics” because of the human rights abuses being committed by the Chinese state.

In particular, the letter cited “credible reporting of the mass, arbitrary internment of one million or more Uyghurs and other Muslim ethnic minorities in China’s Xinjiang Uyghur Autonomous Region (XUAR) and other ongoing human rights abuses by the Chinese government.”

The lawmakers’ letter said that this large-scale detention of the Uyghurs in so-called political reeducation camps is “the largest mass internment of an ethnic minority population since World War II.”

The letter pointed out that China had certain obligations that should be met if it is a host country of the Olympic Games.

China has obligations to meet to host 2022 Winter Olympics

“Before the 2022 Olympic Games were awarded to Beijing, the Chinese government pledged to the IOC Evaluation Commission that it would respect the Olympic charter and the host city contract which required host cities to ‘prohibit any form of discrimination’ based on religion and ethnicity, and to protect and respect human rights and ensure any violation of human rights is remedied in a manner consistent with international agreements, laws, and regulations applicable in the host country and in a manner consistent with all internationally-recognized human rights standards and principles,’” said the letter.

The commission’s letter comes at a time of growing international concern over the fate of the Uyghurs who have been subjected to increasing state repression, which was recently described by the UN human rights chief as being “deeply disturbing.”

The letter urged the IOC to coordinate with the UN to pressure the Chinese government to allow rights investigators, UN monitors, and journalists unfettered access to the western Xinjiang region, including reeducation camps. The lawmakers also urged the IOC to demand that such camps be closed and that the million people being held inside them be freed.

“We recognize the enormous nature of our request, but the international community cannot ignore what is happening in China at this moment,” stated the letter. “We will provide the IOC with information available to us concerning the current situation in the XUAR and offer to you whatever support that we can from the U.S. Congress for the decision to reassign the 2022 Olympic Games.”

Watch this report from BBC News made earlier this year:

The commission’s letter to the IOC was released along with the commission’s annual report on China and several other joint initiatives that are aimed to protect U.S. citizens and residents from intimidation and address possible crimes against humanity occurring in China.

Among the human rights abuses highlighted in the commission’s report were increased repression of religious believers, harassment of rights defenders and lawyers, and the harvesting of organs from detained prisoners, including Falun Gong practitioners.