China Panics and Injects US$110 Billion Into Economy 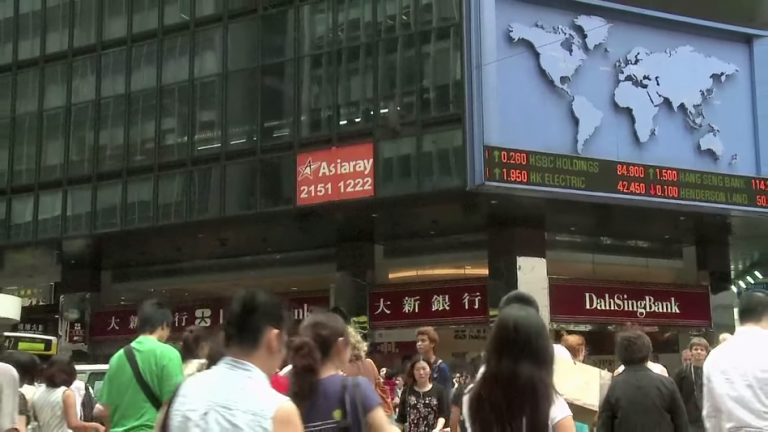 Beijing announced that it will be injecting US$110 billion into the domestic economy in a bid to stimulate growth. (Image: Screenshot via YouTube)

President Trump’s trade war on China seems to be working pretty well, as China panics and announces that it will be injecting US$110 billion into the domestic economy in a bid to stimulate growth. However, a report by the International Monetary Fund (IMF) confirms China’s worst fears — if it continues to defy the U.S. and fails to end the trade war, Chinese GDP will suffer drastically.

The US$110 billion stimulus

The US$110 billion will be made available to the economy through a major reduction in the amount that commercial banks are required to put aside at the central bank. The new policy goes into effect October 15 and is expected to stimulate the local economy, helping build investor confidence in financial markets. But it also makes one thing very clear — America’s trade war is succeeding in weakening the Chinese economy.

In fact, ever since the trade war started, China’s US$12 trillion economy has been showing signs of weakness. The manufacturing sector’s Purchasing Manager’s Index for the month of September hit its lowest levels since February this year on the back of slowing production and exports. This actually falls in line with what several experts have been predicting — that the trade war will initially weaken Chinese exports and will eventually affect the manufacturing industry.

“A deepening trade row with the U.S. will weaken the role of trade in growth. If exports slow due to trade disputes, the impact will in turn spread to investment in manufacturing,” South China Morning Post quotes Zhang Ming, one of the researchers at the Chinese Academy of Social Sciences (CASS).

Another sign of weakness was indicated in the tourism sector, where domestic travelers’ spending during the National Day holiday took a major hit. As per a report by the China Tourism Academy, spending rose by just 8.1 percent this year compared to 21 percent last year, indicating that Chinese citizens were worried about the economy and did not wish to splurge, choosing to save for a possible financial crisis instead.

China panics as growth slows down

The IMF also released a report that confirms the Chinese GDP will weaken considerably due to Beijing’s trade war with the U.S. The report predicts China’s GDP will fall by 1.6 percent in 2019, compared to just a 0.9 percent GDP reduction for the United States. The fact that the Chinese economy will be the worst hit of the two countries is something that is expected given that the Asian nation is far more reliant on its exports.

“The all-out U.S.-China trade war scenario assumes that U.S. President Donald Trump imposes tariffs on the remaining US$267 billion worth of Chinese goods imports not already under punitive tariffs and that China retaliates in kind, Trump also imposes a 25 percent duties on all auto and vehicle-component imports, and trading partners also enact retaliatory measures,” says an article at The Epoch Times.

The trade war will force Beijing to essentially pull off a balancing act, trying to maintain financial stability while stimulating the local economy to maintain growth. Meanwhile, America is entering into agreements with its trade partners to isolate China from the global economy, a move that will definitely ramp up pressure on Beijing. The report also warns that the trade war will end up affecting the global economy in a big way. IMF projects the world GDP to fall by 0.8 percent in the year 2020.