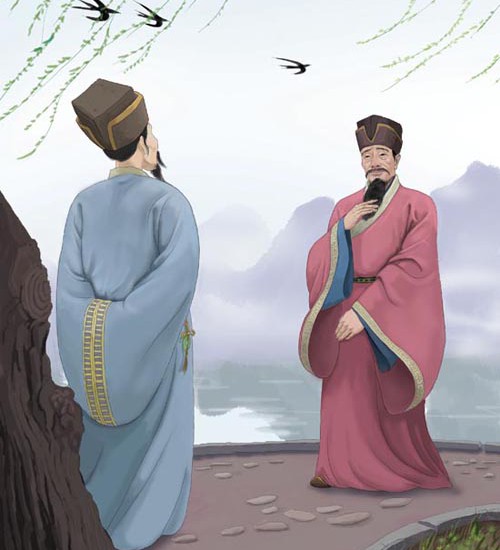 Yan Shu of the Northern Song Dynasty could write essays when he was just 7 years old. (Image: via Wikimedia Commons)

Honesty is always rewarded. Yan Shu of the Northern Song Dynasty could write essays when he was just 7 years old. The local officials called him a child prodigy. At the time, the Emperor tested the scholars personally and asked Yan Shu to take the test in the palace with a thousand other scholars. Yan Shu showed no fear and took the pen and wrote the article in a short period of time.

The Emperor read it, was pleased with his results, and allowed him entry to the first level. Two days later, the Emperor re-examined the participants for an advanced level. After reviewing the test, Yan Shu said to the Emperor: “I did this topic before and have kept the draft, and I hope to have a different topic.” The Emperor liked his honesty and after the exam was over, he was appointed to a high position that could influence and reform society.

Yan Shu’s honesty led to his appointment as Prime Minister

At that time, the kingdom had been very peaceful, and the scholars liked Yan Shu often had wine-and-dine gatherings. However, Yan Shu was from a poor family and there was no money for him to join in socially, so he often stayed home to study. One day, the palace announced the search for a teacher for the prince. When the Emperor picked Yan Shu, everyone was surprised. After Yan Shu entered the palace, the Emperor said: “Other officials and scholars are drinking and having fun, but you study behind closed doors. You are the right person to teach the prince.”

Yan Shu said: “I also love to play, but there is no money. If I had money, I would go out too.” The Emperor appreciated his honesty and felt that he could have a more important job. Eventually, he became Prime Minister.

Honesty has been a virtue for thousands of years. The saying: “An honest man always suffers” is an incorrect reasoning for people who have no moral constraints nowadays.