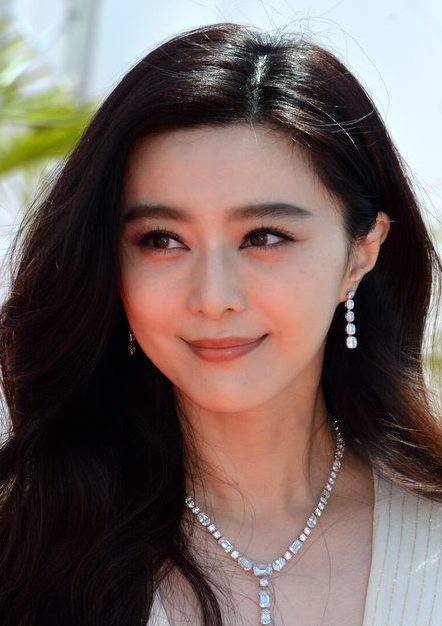 Chinese superstar Fan Bingbing has been fined approximately US$129 million by the communist government for evading taxes. (Image: Georges Biard via Flickr)

Fan Bingbing — China’s most famous actress — disappeared in July without a trace. What ensued was probably one of the biggest dramas Fan Bingbing has played in. Her social media fell silent and multiple theories about her disappearance emerged. Re-appearing 3 months later, she was fined around 880 million RMB (US$127 million), and delivered a public statement apologizing for tax evasion. Fan Bingbing’s story, though prominent, is not unique. Her story serves only to showcase the complexity of the Chinese Communist Party (the Party) and the coercive tools it uses to suppress others to maintain power.

The Party and corruption

In China, financial/economic crimes, such as “corruption,” have always been serious crimes. They amount to corrupting the government’s assets — that is, the Party’s assets. These assets can only be used by the Party. The problem is, who can represent the Party? Today, someone can legally use the Party’s assets, but tomorrow, this same person could be sacrificed in a power struggle. So immediately they can become someone who has committed corruption against the Party. This is the only way the Party can “legally” take back those assets.

But there is no formal mechanism to target corruption among  Party officials. Corruption is also an unavoidable driver used for the country’s economic growth. It gives officials an incentive to grow the economy. So, how does one become accused of corruption?

For government officials, corruption allegations are used to punish officials who “do not listen” or are “sidelined” with the wrong faction.

For common people (those who are not part of the government system), it is a fast way for the Party to “get back” their funds.

Fan Bingbing’s case falls in the second category. There is a huge plasticity in China’s law, which is used only as a tool to drive the Party’s agenda. There is no such thing as equality before the law.

In China, prior to 2009, tax evasion or fraud over 100,000 RMB (US$14,500) was considered a severe crime. Government officials or entrepreneurs who had lost their value to the Party would be severely punished under the premise of tax evasion. And if the amount was more than 100 million RMB, it could cost their life.

However, actors/entertainers have been exempt from these laws because the entertainment industry is the Party’s propaganda tool. Without good actors, the Party would lose a valuable cog in its propaganda machine.

In 2009, the Party changed one law in order for the government to get their money and not remain in a passive position bound by the law. On February 28, 2009, the 11th Congress of the National People’s Congress at the 7th committee meeting passed a law called the “Criminal legislation No. 7” amendment. The 201st clause  —related to the penalization for tax evasion — was amended.

In the amendment, the threshold that constituted tax evasion was removed. Moreover, the original term “tax evasion” was changed to “avoiding tax payments.” There was an additional exemption from the criminal penalization clause that says “exemption from punishment will be made after the tax and late fees have been paid upon notification by tax authorities; those who have been punished by administrative penalties will be exempted from criminal punishment.”

Plundering funds is not a new phenomenon in China’s entertainment industry. Cases where prominent Chinese movie stars use dual-contracts to earn huge fees and avoid taxes is a feat that is almost always completed with the cooperation of local governments. So one can say that a large amount of Party assets has been “reserved” within the entertainment circles.

But in recent years, Xi Jinping has brought various sectors in line. Quite a number of other financial players have been brought down and with it, the Party has confiscated large amounts of “illegal funds.”

Starting this year, the Party started to close their net on the entertainment circles.

In May, a very famous Beijing TV host, Cui Yongyuan, exposed the dual-contract saga, an open secret that everyone knew existed (he did it out of personal revenge, as there was a movie containing some malicious innuendo toward him). So it can be said that the Chinese government had set the stage and Cui Yongyuan simply pulled the trigger. It seems China’s biggest star, Fan Bingbing, simply got caught in the cross-fire.

Due to fact that China’s big movie stars all have powerful backgrounds and support in high places, with many having strong military connections, unless a government-sponsored campaign is adopted, the powerful cannot move each other. So it can be said that the law is only a device for dealing with ordinary people.

On October 3, after Fan Bingbing’s penalty was made public, the Party announced an “exemption” notification: Entertainment companies and related parties who voluntarily pay their tax shortfalls prior to December 31, 2018 will be exempt from administrative penalties and fines; those who do not will be trialed and punished.

This means that Fan Bingbing, even with undeniably close connections with Wang Qishan, has been used as a scapegoat. This is to bring fear into the entertainment industry, and this fear will make sure everyone goes and pays their tax shortfalls so that the government can effortlessly, through manipulating public opinion, rake in up to trillions of RMB before year’s end.

If a Western movie star had been accused of such a large amount of tax fraud, the case would have affected many public servants and departments. It would take a few years to investigate, require many hearings, evidence to be compiled, as well as public reports and news articles letting the wider public understand the details. The person under investigation would also have the right to speak publicly. The wider society would also have discussions about the case, from all angles. Then there would be a final verdict. Once the legal process began, no matter who the accused was, everything would follow legal processes.

However, China is different. When Fan Bingbing was detained, there was no need for legal processes. Apart from those who did the arrest, no one knew any details. Once she was released, she would definitely not reveal her predicament during her detention because it’s a national secret. Anything she says afterward cannot be her true thoughts or feelings because the whole thing was a staged show by the government.

Therefore, this is not a straightforward tax evasion case.

Since apologizing, Fan Bingbing has not been seen in public. If the government needs her to be seen, she will be seen. She will not be allowed to go overseas unless the Chinese government does not care whether she reveals the details of her detention period.

Will it affect her future acting career? I don’t think so. She will be used as a propaganda tool to show other entertainers that “leniency will be given as long as you pay up your dues.”

The Chinese media is controlled by the Chinese government; hence, any hot topics or news can either go unnoticed or capture the public’s attention depending on the will of the government. Xi is in a tight spot in today’s China-U.S. conflict. To divert attention, the government will try their best to blow out the Fan Bingbing story so people can focus their attention on her and other entertainers, and not on China-U.S. relations.

This brings me to Meng Hongwei and his story, a more intricate interplay of Party politics.

In 2016, in Xi Jingping’s term, Meng Hongwei was elected as the chair of Interpol. But last month, he was detained by Xi Jinping. Whether or not he broke the law is not important. The critical point is he was possibly discovered to be not as loyal as Xi would have liked. Meng’s career elevation was ultimately due to the recommendation of Zhou Yongkang, the former head of China’s security and law enforcement.

The China-U.S. conflict has brought interplay of power struggles among the top level Party officials and instability for Xi. No matter how high your political status is within the Party, all those who are seen as not loyal may face suppression. After Meng Hongwei was arrested, his wife’s high profile reporting of his disappearance shows that Xi did not arrest him without reason.

Yan Xia is the chief editor of Australia’s Vision China Times, and a long time China watcher, especially on social and political issues. The Chinese government wishes for the Chinese community to think in accordance to Party’s line and to simply look at things from a surface level. However, Vision China Times will endeavor to delve deeper into the actual issues at play.