How the Rite of Marriage Defines What One Should Value 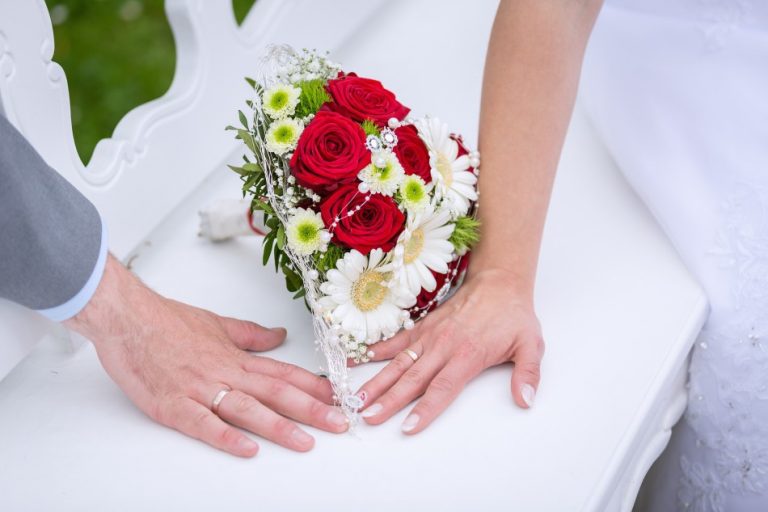 Marriage, in the traditional sense, is the union between a man and a woman. This rite has been practiced among various cultures around the globe for centuries. (Image: Andi Breit via Pixabay)

Marriage, in the traditional sense, is the union between a man and a woman. The rite of marriage has been practiced among various cultures around the globe for centuries. It is the foundation for the social embodiment of what we refer to as a family, with its duties and privileges shared respectively.

Marriage is essential for human reproduction, while also being a commitment to God, Heaven, and earth, parents, as well as a vow to fulfill the lovers’ promise.  The customs and etiquette of Eastern and Western marriages are the very embodiment of this sacred inner meaning.

In the majority of cultures, the standards of marriage behold that a man and woman should be loyal and chaste to one another, regardless of how wealthy they are, how sick, or during a disaster or times of life and death.

The rite of marriage requires that the couple respect each other

A couple brought into union by the rite of marriage should not desert and betray each other and must abide by their vows to God. This is another aspect of marriage that both Eastern and Western unions between husband and wife have in common. They are asked to mutually respect one another. Mutual respect is the cornerstone of marriage. It is due to this respect that a married couple will complement each other, love, assist, and support each other until an old age, and in doing so, eventually fulfill their promise and solemn marriage vow.

In ancient China, marriage was meant to last for the entire span of a human lifetime, and it was believed that a betrayal of the vows would eventually meet with retribution. In texts and stories about marriage, the Chinese use of a term called “dross wife” when reflecting on the morals and values of marriage. Superficially, the term could be translated to mean “worthless wife”; however, as it is with many Chinese terms, they usually have a more profound meaning that can only be understood by exploring the historical and cultural background in which the term was used. In the following, we will explore the meaning of the term “dross wife” by reflecting on some ancient stories regarding marriage in ancient China.

The word dross, with its context here, means “worthless” in terms of value. Su Dongpo, a great scholar during the Song Dynasty, once said: “It is not easy for the rich to turn dross.” The word “dross” refers to the wife.

Treat your spouse with dignity and benevolence

Song Hong was a famous minister during the early Eastern Han Dynasty. Song was not corrupt and known to be a dignified and benevolent person. The way he handled his relationship with his wife is regarded by many as an example for future generations. He said: “The wife who has undergone hardship and difficult times with her husband cannot be deserted.”

Emperor Guangwu then summoned Song Hong and let Princess Huyang sit behind the screen. The Emperor said to Song Hong: “As the saying goes, when a person becomes honorable, he changes his friend; when the person becomes rich, he changes his wife. Is this human nature?” Song Hong replied: “I heard that friends made during hardship and difficult times cannot be forgotten, so the wife who had undergone hardship and difficult times with her husband cannot be deserted.” On hearing this, Emperor Guangwu aborted the idea of tying the knot between Princess Huyang and Song Hong.

Dross is the food for poor people to feed their hunger. Therefore, the “dross wife” is used by ancient Chinese people to describe the wife who suffers in poverty with the husband.