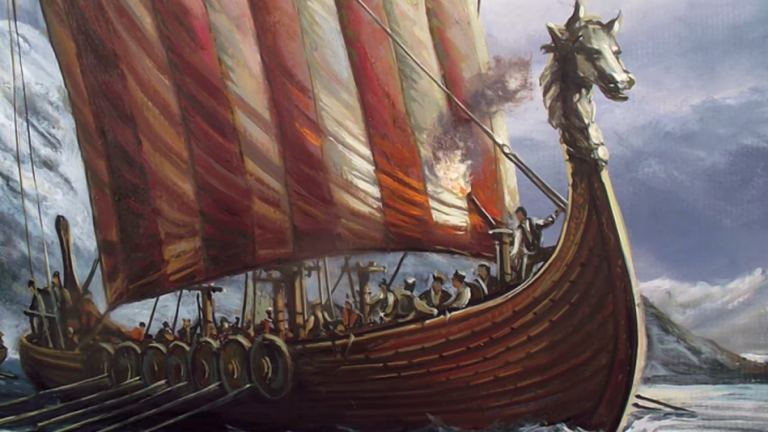 Over the past several months, archaeologists have discovered new remnants of Viking culture that provide a better understanding of this fascinating civilization. (Image: Screenshot via YouTube)

The history of Vikings has always been a topic of curiosity for the Western world. Over the past several months, archaeologists have discovered new remnants of Viking culture that provide a better understanding of this fascinating civilization.

Archaeologists recently unearthed a very rare Viking longship in Ostfold County of Southeastern Norway. The vessel is 66 feet long and located beneath a burial mound at a depth of 1.6 feet.  The discovery was made by the Norwegian Institute for Cultural Heritage Research (NIKU). Both the floor timbers and the keel of the ship appear to be visible.

Dr. Knut Paasche, Head of the Department of Digital Archaeology at NIKU, called the finding “incredibly exciting” for the simple reason that just three well-preserved Viking ships have been discovered in the country. The new longship will help researchers gain a better understanding of Viking shipbuilding knowledge.

Since the longship is part of a burial mound, the vessel is believed to be a display of influence and power of the people who are buried in the place. To ensure that no further damage happens in the region, archaeologists have decided to stop the excavation for now and plan to digitally map the entire site. This should help them know more about the ship without having to fully unearth it.

The ship is believed to have been dragged onshore from the Oslo Fjord nearby. Estimated to be over 1,000 years old, it is said to be the resting place of a famous king or queen. This is the largest Viking ship grave to have ever been discovered in Norway.

An entire Viking village, dated to around the 11th century, was unearthed around Dublin in March this year and it left archaeologists delighted. “It’s incredible. You could work on a site like this all your life and never find anything like this. It’s that significant. The artifacts we have found are very unique,” Aisling Collins, team member of the discovery, said to The Irish Times.

The site was discovered by a hotel that was excavating for development. The owner of the site, Hodson Bay Group, plans on building a 234-room hotel by next year. The site has been waterlogged for the past several centuries. As a consequence, organic materials like wooden utensils and leather shoes were found to be in a well-preserved state.

The team was delighted to discover an example of Viking graffiti art that was carved into a piece of slate. The artwork depicted a figure sitting on a horse, armed with a sword and shield. Two birds are also depicted in the painting. Other objects discovered on the site include shards of pottery, a decorated stick pin, worked bone objects, and copper alloy.

Industrial activity in the area is indicated by the presence of two lime pits, a tanning pit, and numerous animal horns. Another layer of the site had a King Edward coin from the 13th to 14th centuries, a weighing scale, medieval pottery, and floor tiles that depicted an unusual bird that archaeologists believe is a dove.

Deciding to cash in on the discovery, Hodson Bay declared that it would incorporate design elements from the site when constructing the hotel. All artifacts have been removed from the site and will eventually be handed over to the National Museum of Ireland for preservation.