Artists and Their Role in Society 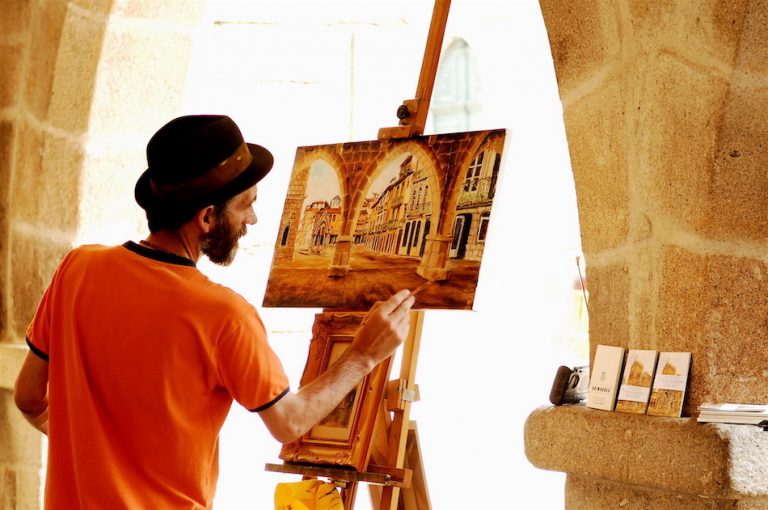 Art plays an important role in shaping the culture of a society. (Image: Pedro Ribeiro Simões via Flickr)

Art plays an important role in shaping the culture of a society. While some say that the purpose of artists is to express the beauty of the world around them, others claim that real value of an art piece comes from its ability to express truth in a way that influences people for the better.

“I believe that the artist’s role, above all things, is to be as true to themselves as they can — within society, the community, and the world at large. This sounds like a cliché, but is in itself much harder than it seems. Being an artist involves wearing all sorts of masks, just like any other job, but the difference is we have the lingering responsibility to unearth the truth of things. Sometimes we will seem vulnerable, sometimes we will make mistakes. But the main thing is not to give up,” artist Lesley Birch said to Artwork Archive.

Many artists take up causes they believe in and devote their entire life to it. For instance, some of them may be so concerned about the destruction of the environment that they will build a sculpture that expresses the pain felt by Mother Earth, highlighting how people are polluting and destroying a paradise. Expressing such an opinion in a purely logical manner may not work with people. But if an artist can express their pro-environment stance in an emotionally moving way, it can create a lasting impact on the viewer’s mind. And that is essentially the power of an artist — to make truth emotional.

The European renaissance of the middle ages ushered in a new era in art with its focus on realism. The need to project the truth on canvas is what motivated great artists like Leonardo Da Vinci and Michelangelo to unravel the mysteries of anatomy and light. But fast forward into the modern age, art has kind of devolved into something that shrugs away from realism. Escapism and a lack of purpose are, it seems, what drives much of the modern art world.

The idea of modernism is a destructive idea. This was made very clear by the modernist leader Filippo Tommaso Marinetti, who stated in the 1st Futurist Manifesto: “We will destroy all museums and libraries, and academies of all sorts; we will battle against moralism, feminism, and all vile opportunism and utilitarianism.” Though modernists never actually went on a rampage against the existing society, it did launch an ideological attack against all traditions. The existing artistic tradition, which focused on realism, was replaced with styles like cubism and numerous other “isms” that degraded the exquisite artistic heritage left by the classical giants.

“Artists play one of the most important roles in our society. They can reshape our world into a better place, where once again freedom of thought and real communication can be disseminated through art and the universal language of realism. With diligence and effort, a picture is once again worth a thousand words, versus needing a thousand words to explain it.,” Kara Lysandra Ross, Chief Operating Officer of the Art Renewal Center, said to The Epoch Times.

Over the past few years, newer artists seem to have realized the mistake done by their predecessors who focused too much on depicting unrealism. As such, there is a strong revival of realism happening in the art world.