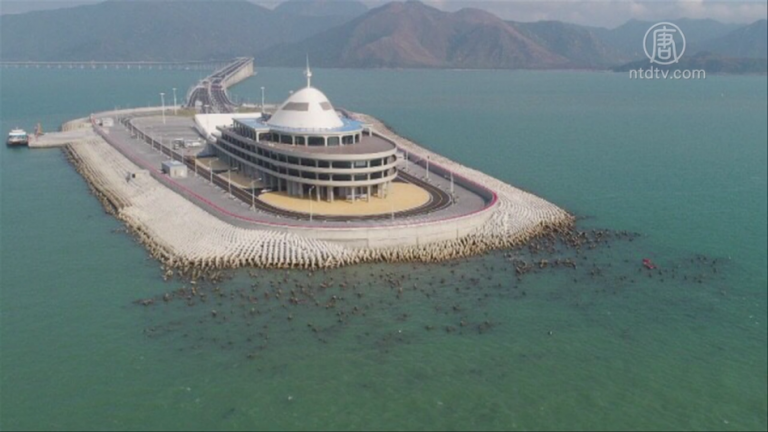 The Hong Kong-Zhuhai-Macau Bridge is a symbolic engineering project. It was officially opened to traffic on October 24, 2018. However, in the feng shui world, the bridge is bad news. It is said to have shaken the giant water dragon vein of the Pearl River Delta and is also said to have destroyed Hong Kong’s feng shui. From the day its construction began on December 15, 2009, Hong Kong has been plagued with natural disasters.

It took nine years to complete construction of the bridge at a cost of US$17 billion, connecting Hong Kong to Macau and the Mainland Chinese city of Zhuhai. It is known to be the world’s longest sea crossing, which China considered to be part of their national mega-infrastructure helping link them to the world. However, this structure does not seem to be bringing China good fortune. On the day of the opening ceremony on October 23, the stock markets in China and Hong Kong dropped sharply.

It has also been discussed in the feng shui world about how the construction of the this structure has set off a feng shui war between China and Hong Kong. Taiwan’s Dongsen TV News recently reported that the Hong Kong-Zhuhai-Macau Bridge has changed the feng shui landscape of Hong Kong. About 20 miles of the total length crosses the sea of the Pearl River Delta. Feng shui masters believe that the Pearl River is a big dragon vein that brings together water dragons from Guangzhou, Shenzhen, Zhuhai, Hong Kong, and Macau to form a heavenly giant dragon, and the Hong Kong-Zhuhai-Macau Bridge has shaken the giant dragon of the Pearl River Delta.

China claims that the Hong Kong-Zhuhai-Macau Bridge is itself a dragon and that the bridge does not block the Pearl River Dragon vein, but instead brings the dragon vein into Hong Kong and will make Hong Kong more prosperous. However, feng shui Masters believe that the bridge is not a dragon, but a snake.

Hong Kong’s terrain resembles a tortoise, which means a blessed and prosperous land, and the snake will clamp the tortoise. Feng shui masters believe that the Hong Kong-Zhuhai-Macau Bridge will bring disaster to Hong Kong.

During the nine years of construction, there were nine fatal industrial accidents, at least 18 workers died on the project, and over 600 workers were injured during the construction. It has been said by the community that this bridge is likened to the Naihe Bridge, which means “hell” in Sanskrit. In Chinese legend, people have to cross the Naihe Bridge after death.