AI Art Auctioned Off for Almost Half a Million Dollars 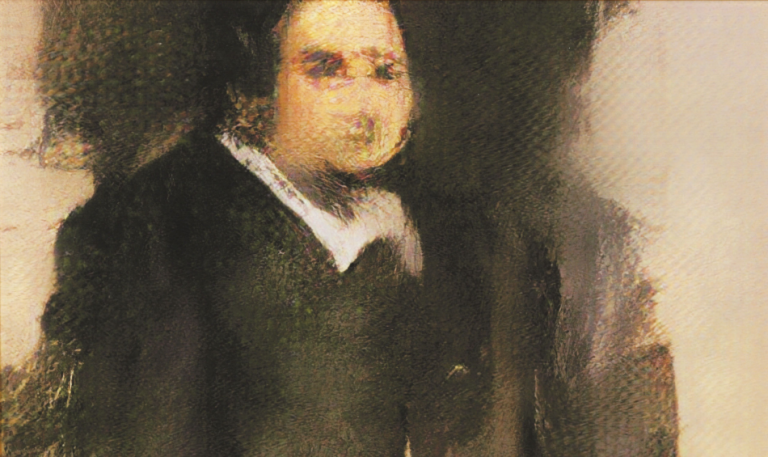 An artwork created by Artificial Intelligence (AI) was auctioned off at Christie's recently for a staggering price of US$432,500. (Image: via Wikimedia Commons)

An artwork created by Artificial Intelligence (AI art) was auctioned off at Christie’s recently for a staggering price of US$432,500. While some have hailed it as the dawn of a market for AI-driven art, others warn that giving any value to a painting created by computer programs devalues the sanctity of art itself.

The auction price was reportedly 45 times more than what Christie’s had earlier estimated, showing how they had undervalued customer interest in AI art. The painting, Portrait of Edmond de Belamy, was reportedly bought by an anonymous French bidder over the telephone. Christie’s had marketed the painting by conducting public and private showings of the art. The auction house would strategically place the painting between the works of Warhol and Lichtenstein so as to raise the value, but the giveaway clue as to the origins of the work is the artist’s signature at the bottom right. In cursive Gallic script it reads:

The AI was developed by a Paris-based student group called Obvious by feeding almost 15,000 paintings to the AI and training it to create paintings that would be indistinguishable from those made by human beings. However, many people have rubbished the claim that the painting itself was completely a creation of an Artificial Intelligence.

“The claim that the art is made by a machine, without a human artist, is, of course, not true. The creative process heavily involves the artist… Basically, the algorithm fails in making correct imitations of the pre-curated input and instead generates distorted images that surprise us,” Ahmed Elgammal, Director of the Art and Artificial Intelligence Lab at Rutgers University in New Jersey, said to MutualArt.

Some experts have even termed the auction an insult to the industry. They claim that since the painting is created by a machine that uses mathematical calculations to determine what an “ideal” art is, it goes against the very nature of art as defined by human beings over centuries — an emotional expression.

“It’s horrible art from an aesthetic standpoint… You have to put some work into it to call it art. [The Obvious portrait] is something that everybody can do. You can clone this [code] from GitHub, start your computer and start doing it. I don’t know that that’s what art is about. You have to put your own handwriting on it, make your own mark with these tools. That takes some learning and work and finding something different to say,” Mario Klingemann, a Germany-based AI artist, said to The Washington Post.

The market for AI art

Art analysts believe that there will be a huge demand for AI art in the coming decades and that Christie’s auction is just the beginning of the big boom.

“There was a huge debate around photography and art when it first came out. Did it put all painters out of jobs? No. And did it become part of the mainstream? Yes. I’m very interested in this medium’s ability to enhance expression, especially in people who have lost the ability to express,” Jeremy Kraybill, software developer and self-described robot artist, said to ABC News.

The staggering money raised by Christie’s auction is sure to make software developers start investing in AI capable of creating art. However, this raises the possibility that human-created art might one day get devalued if the Artificial Intelligence starts generating paintings that appeal to a large section of art buyers.