Larry Ellison Slams Google for Refusing to Work With US Military 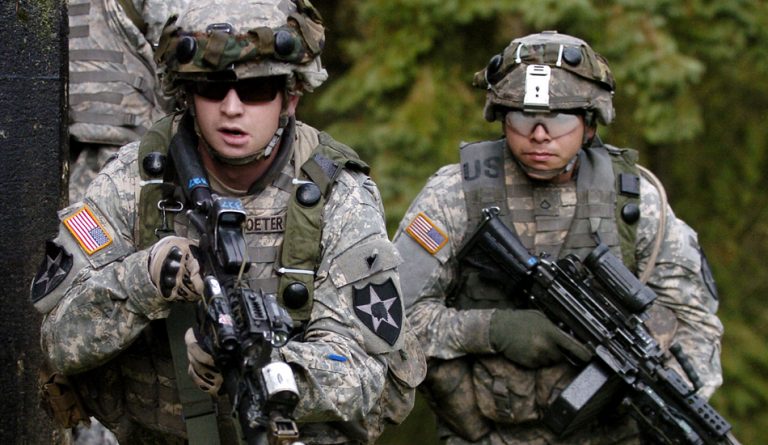 Oracle co-founder Larry Ellison has slammed Google’s policy of not working with the U.S. military, calling out the tech giant’s hypocrisy of choosing to work instead with China’s communist regime. (Image: via Wikimedia Commons)

Oracle co-founder Larry Ellison has slammed Google’s policy of not working with the U.S. military, calling out the tech giant’s hypocrisy of choosing to work instead with China’s communist regime. He made the statements during an interview with Fox Business Network.

Google had refused to renew a contract with the U.S. military after a group of its employees claimed it to be immoral. But according to Larry, whose own company Oracle is competing for contracts with the Pentagon, Google’s decision is a “terrible miscalculation.”

“It’s actually kind of shocking… I think U.S. tech companies who say we will not support U.S. military, you know, we will not work on any technology that helps our military, but yet goes into China and facilitates Chinese government surveilling their people, is pretty shocking. I think it’s very important that the U.S. technology companies support our country, our government,” Larry said to Fox.

Dubbing China as the first serious threat America has faced since the 1930s, Larry warned that if the U.S. allows the Chinese economy to pass them and produce far more engineers, and also allows technology companies to beat them, it won’t be long before the U.S. military lags behind the communists.

He also argued that America is a democracy that gives its people the right to throw out their leaders if they don’t like them. In contrast, Chinese citizens have to tolerate their leaders no matter how terrible they turn out to be.

“Our democracy and the democratic systems are in competition now with communist/socialist systems. And we’d like to see our democratic, capitalist system emerge victorious in this competition versus communist, socialist system,” he added. Larry also highlighted the importance of protecting American intellectual property (IP) from being stolen by China.

While Google seems to have ditched the U.S. military, others have stepped in to support the country’s defense establishment. Amazon and Microsoft have been very vocal about their decision of working with the military, arguing that it is the duty of American businesses to do so. “If U.S. tech companies turn their backs on the Department of Defense, this country is in trouble… This is a great country and it does need to be defended,” said Jeff Bezos, Amazon CEO (The Indian Express).

Microsoft also announced that it would participate in U.S. military contracts despite discontent among certain employees. The company stated that it respected the decisions of some of its workers who do not wish to be involved in any tech development that aids the military and that it would provide them opportunities to work on other projects. Microsoft also promised that it will work with the U.S. military to find ways in which its technologies can be used responsibly.

“Millions of Americans have served and fought in important and just wars… All of us who live in this country depend on its strong defense. The people who serve in our military work for an institution with a vital role and critical history,” said Brad Smith, President of Microsoft (The Washington Post).

Both Amazon and Microsoft have submitted their bids for the Pentagon’s contract, known as Joint Enterprise Defense Infrastructure (JEDI), that aims to give the U.S. military access to new weapons and capabilities, driven by cloud computing and artificial intelligence.