Will the World Go to War for Antarctica? 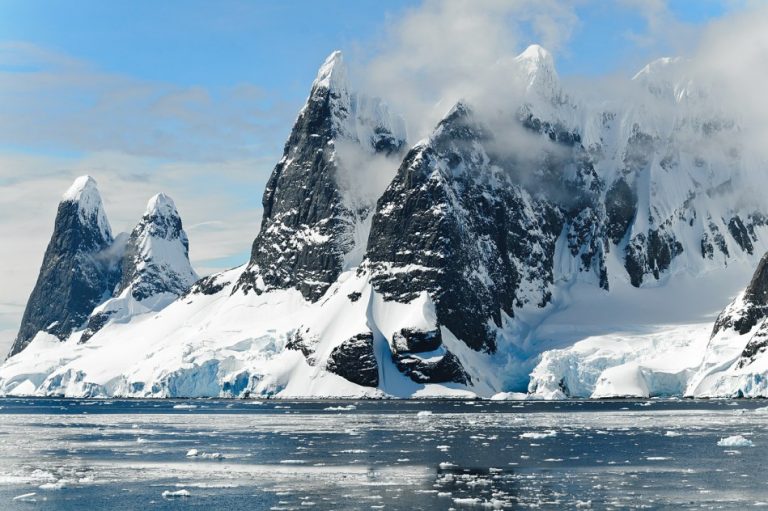 The increasing involvement of China and Russia in Antarctica is reportedly making the Australian government nervous. (Image: via Pixabay)

The increasing involvement of China and Russia in Antarctica is reportedly making the Australian government nervous. Both countries seem less interested in safeguarding the marine ecosystem of the continent than pushing forward their militaristic interest in the region.

Why the interest in Antarctica?

Australia’s scientific community had warned the government last year about the country’s declining involvement in Antarctica. “With respect both to infrastructure assets and scientific capability, Australia is falling behind other nations that are taking an increasingly high interest in the Australian Antarctic Territory, particularly China, Russia, and India… Australia is losing its capability to lead science, and is instead becoming a follower in many areas, dependent on agendas set by other nations and serving their interests foremost,” said the Australian Academy of Science (News.Com.Au).

Taking advantage of Australia’s diminishing role in Antarctica, China and Russia are investing heavily in the region. Their interest is driven primarily by two reasons. First, the icy region is said to contain large deposits of minerals, oil, and gas that are yet to be tapped. China especially wants those resources to meet the needs of its billion-plus population. The waters of Antarctica also have vast fishing reserves that would boost the food supply.

Secondly, Antarctica has emerged to be of strategic importance as it is an ideal place to position satellite receivers. Both China and Russia plan on using Antarctica to build highly accurate GPS systems that would rival those owned by America and could even be used to guide strike weapons. China reportedly has several undeclared military interests in the region.

“Rising powers, resurgent powers, and countries that wish to have more of a say internationally are looking to places like Antarctica, which are not under the control of one nation, which have opportunities to take advantage of,” said Anne Marie Brady, an expert on China and the Antarctic at the University of Canterbury in New Zealand (ABC News).

China recently indicated that it will be building an airstrip in Antarctica in a few years for use by tourist groups and scientific expeditions. However, Beijing’s interest in the region has come under heavy criticism by pro-environment groups that blame the country for not placing importance on the ecosystem of Antarctica while pursuing its development goals. Recently, China and Russia blocked a proposal to create the world’s largest marine sanctuary in the region.

“Rather than put forward reasoned opposition on scientific grounds, some delegations, like China and Russia, instead deployed delaying tactics, such as wrecking amendments and filibustering, which meant there was barely any time left for real discussion about protecting Antarctic waters. We’re running out of time and scientists are clear that we need to create marine sanctuaries across at least 30 percent of our oceans by 2030 to protect wildlife, ensure food security for billions, and help to tackle climate change,” Frida Bengtsson, Greenpeace campaigner, said to RNZ.

As of now, seven countries lay claim to parts of Antarctica, with Australia having the largest claim at 42 percent of the continent. However, only four nations recognize Australia’s position. Since no country has a universally accepted ownership of the continent, every major power is looking to claim as much territory as possible. Experts warn that this might eventually lead to war, especially if there is a mad rush for securing the resources of Antarctica.