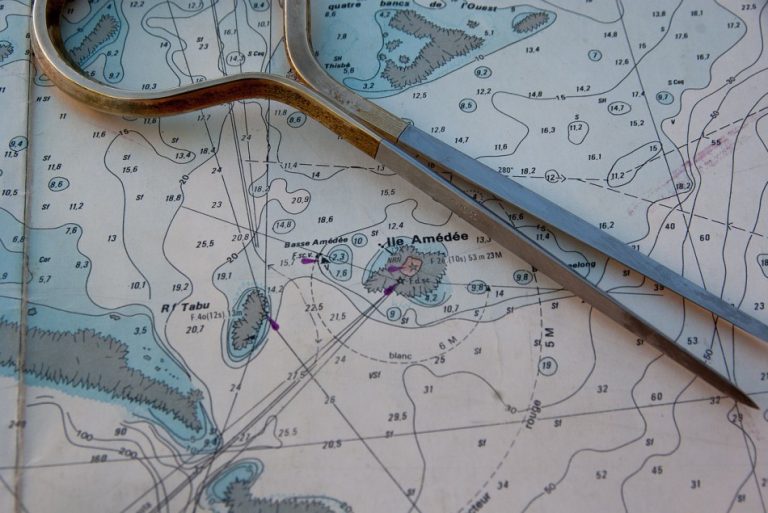 The research team at Lockheed Martin has discovered a new way of navigation — using a quantum magnetometer. (Image: jackmac34 via Pixabay)

The research team at Lockheed Martin has discovered a new way of navigation — using a quantum magnetometer. In China, a similar device is supposedly being developed with purely military interests in mind.

The team, led by engineer Michael DiMario, has built a prototype of their proposed quantum magnetometer device that consists of a foot-long cylinder housing a synthetic diamond cube.

“The diamond contains special impurities; in its repeating cubic lattice of carbon atoms, every now and then a carbon goes missing and its neighbor is a nitrogen atom. These so-called nitrogen vacancy centers, or NV centers, sort of bind together to form a molecule-like duo inside the diamond, and they turn out to be excellent magnetic sensors,” according to Wired.

When the diamond is illuminated by a green laser, the NV center starts emitting a red light. Depending on the magnetic field it is located in, the diamond will emit different proportions of the light. The team uses the diamond to detect unique magnetic anomalies in Earth’s magnetic field. Once an anomaly has been identified, it can be used as a reference point for navigation.

However, there is a drawback — the quantum magnetometer cannot match the precision of current navigation tools. But according to DiMario, the device is not intended to be precise. Instead, it is expected to be used as a backup tool in situations when existing navigation tools on a ship or plane might fail. As far as testing is concerned, the team has conducted necessary tests on an SUV in New Jersey, on a flight, and on a ship at Chesapeake Bay. They plan to shrink the device from six feet to just the size of a hockey puck.

China’s interest in the magnetometer

In 2017, researchers from the Shanghai Institute of Microsystem and Information Technology built a magnetometer using an array of Superconducting Quantum Interference Devices (SQUIDs). The invention is believed to have major implications in warfare, as ships in possession of the technology will be able to point out the location of nearby submarines with much greater accuracy. In short, China will be able to completely dominate the South China Sea.

“The achievement points to an airborne device that can detect submarines from several kilometres away rather than just a few hundred metres. This would be catastrophic for NATO submarines, which have been honed to run ever more quietly, using clever technology that prevents them from being heard or detected on sonar. Their magnetic signature is much harder to eliminate,” according to New Scientist.

Beijing is already said to be building an “Underwater Great Wall,” a group of submerged sensors, drone submarines, and buoys that will greatly strengthen its surveillance in Chinese waters. Experts predict the situation in the South China Sea will worsen as the Chinese are further emboldened by advancements in military technology.