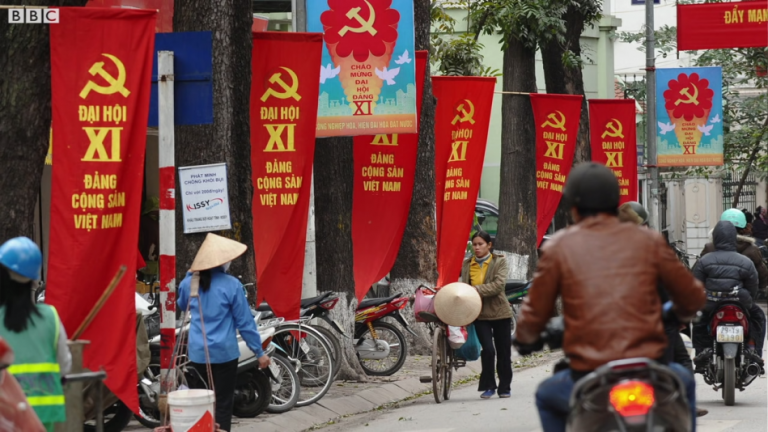 Vietnam’s ruling Communist Party is facing their toughest time yet as some of its famous and most-recognized members resign from their posts. (Image: Screenshot via YouTube)

The ruling Vietnamese Communist Party is facing their toughest time yet as some of its famous and most-recognized members resign from their posts. The exodus follows the government’s decision to punish a publisher for having an opinion different from their own.

The exodus from the Vietnamese Communist Party

“I joined the Party to fight for the independence and freedom of our people, but starting in the year 2000 I came to realize that the Party has gone against its original cause… They crack down on people who demand human rights, and they crack down on people who protest against environmental pollution and against encroachments by China. They don’t listen to intellectuals, including me, who dare to express different views. Many have been imprisoned,” Mac Van Trang, a long time Party member, said to Radio Free Asia.

Kim Chi, a famous Vietnamese actress and Party member, had decided to stick around after colleagues urged her to try and reform the Vietnamese Communist Party. However, she soon understood that remaining as a member would go against the ethical values she believed in and decided to call it quits.

“I had already stopped participating in Party activities since 2013 because I was very disappointed [with the Party]. As I am no longer young, it would be a disappointment to die as a member of the Party. I wish that the other Party members who still have a conscience and passion for the [welfare of] the people and country would also leave,” she said in a statement. (RFA)

The Vietnamese government is estimated to hold around 130 political prisoners. What is to be seen is whether the Communist Party will declare any of the resigned Party members as dissidents and start persecuting them.

There is a strong anti-China sentiment budding among the Party members and also the public. Several actions of the government have been seen as being too submissive to Chinese authority.

In June, one of the worst anti-China protests took place in Vietnam after the government decided to lease three special economic zones to foreign investors for 99 years. The public viewed the decision as a betrayal of the country and thronged the streets chanting passionate and nationalistic slogans like: “I love the fatherland — don’t let China lease our land.”

“The links between the Vietnamese and Chinese authorities are becoming more and more conspicuous each day, and make citizens frustrated and angry,” Do Thi Minh Hanh, president of the Viet Labour Movement, said in a statement (South China Morning Post). Though hundreds of protestors were arrested following the demonstration, public sentiment still continues to be against Chinese involvement in Vietnam. As of now, the decision to set up the economic zones has been stalled until next year.