Mental Health Disorders in Adolescence: The Risks and Resilience 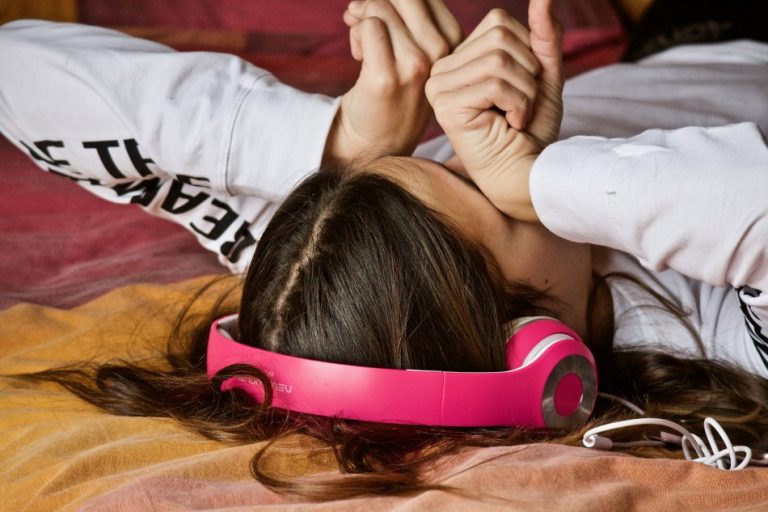 If you speak to anyone who has had a mental health problem, you will know the effect it’s had on them and their families. (Image: sweetlouise via Pixabay)

A deeper understanding of the wiring and rewiring of the adolescent brain is helping scientists pinpoint why young people are especially vulnerable to mental health disorders in adolescence — and why some are resilient.

When Charly Cox was diagnosed in her teenage years with depression and other mental health disorders, what lay ahead for her was “a long and painful ordeal of trial and error, guesswork, and delay. I felt loss and frustration more times than I was ever gifted hope, knowledge, or effective treatment.”

For Flo Sharman, who suffered from mental illness from the age of eight:

“I lost my childhood to the stigma surrounding mental health.”

James Downs recovered from disordered eating and extreme emotions, but he describes the process as being:

“like an experimental DIY project, rather than something with clear oversight and a plan.”

One in four of us experience the debilitating, isolating, and traumatic effects of mental health disorders. Around 75 percent of adult mental health problems begin before the age of 18, disrupting education and social interactions, affecting relationships with family and friends, and future job opportunities, and in some cases, costing lives.

Charly, Flo, and James are among those who have lent their support — and their stories — to the mental health charity MQ to help work toward a future in which adolescents no longer face the life-altering challenge of living with these disorders. Dr. Anne-Laura van Harmelen, from Cambridge’s Department of Psychiatry, leads a project funded by MQ called HOPES, and shares this vision:

“Our brains undergo complex neural development during the teenage years to prepare us to take care of ourselves. However, some of these changes may be linked to a vulnerability to mental health disorders.

“If we can better understand what these vulnerabilities are, we can identify those at risk and treat them early, before the disorders emerge.”

But, until recently, remarkably little has been known about what’s going on inside a teenager’s head. Unraveling some of the complexity has required the combined input of psychiatrists, neuroscientists, psychologists, social scientists, computational biologists, and statisticians — and the brains of hundreds of healthy teenage volunteers. The teenagers were scanned as part of the NeuroScience in Psychiatry Network (NSPN), set up in 2012 by Professor Ian Goodyer from the Department of Psychiatry with funding from the Wellcome Trust.

So far, 2,300 healthy volunteers aged 14 to 24 years have been recruited by the University of Cambridge and University College London for analysis through behavioral questionnaires, cognitive tests, and medical and socio-economic history. Some 300 adolescents have also had their brain anatomy and activity scanned millimeter by millimeter using MRI, a method that can reveal connections between brain activity centers.

In the video below, you can see the regions of the brain colored by how much they change between 14 and 24 years of age. The darker the color, the more the myelin changes. The size of the “nodes” of the network represents how well connected they are, and halfway through the movie, the smallest nodes are removed and only the hubs remain. The edges that are added in are the strongest connections between these hub regions and represent the brain’s “rich club.”

The result is one of the most comprehensive “circuit diagrams” of the teenage brain ever attempted. Professor Ed Bullmore, who leads the NSPN, explained:

“The project has been a big step forward in looking inside the black box of the teenage brain.

“We found that there were distinctive patterns of developmental change in brain structure and function during adolescence that could help to explain why mental health disorders often arise during late adolescence.”

For instance, Bullmore’s colleagues, Dr. Kirstie Whitaker and Dr. Petra Vértes, discovered that the outer region of the brain, known as cortical grey matter, shrinks, becoming thinner during adolescence. As this happens, the levels of myelin — the sheath that “insulates” nerve fibers, allowing the fibers to communicate efficiently in the white matter — increase.

In a separate study, Dr. František Váša designed a method to combine all of the scans of the structural changes in the brain through a “sliding window” — as if viewing the changes in the brain network of an “average” adolescent as they mature from 14 to 24 years of age. It sounds simple enough, but this innovation was so complex that it took several years of statistical and computational analysis to perfect. Váša said:

“We saw that the changes are greatest in the most connected ‘hub’ parts of the brain. Our interpretation is that when the brain develops it builds too many connections; then, during the teenage years, those that are used frequently are strengthened and others are ‘pruned’.”

What makes this especially interesting is that Vértes and Whitaker also discovered that the brain areas undergoing the greatest structural changes during adolescence are those in which genes linked to risk of mental health disorders are most strongly expressed.

One of the disorders is schizophrenia, which affects 1 percent of the population and often starts in adolescence or early adult life. Vértes has recently been funded by MQ to search for unique patterns of brain connectivity among those who develop symptoms of schizophrenia and to cross-reference them with patterns of gene expression across the brain. She explained:

“Not only is this knowledge important for identifying new treatments that are more effective for a greater number of patients at an earlier stage, but it could also help in predicting those who are at risk.”

Another area where there has been little improvement in predicting behaviors is that of suicide — the second leading cause of death among the young. Van Harmelen, who leads the HOPES project, which aims to develop a model to predict who is at risk of suicide by analyzing brain scans and data on the suicidal behavior of young people from across the world to identify specific, universal risk factors, said:

“Around 16% of teens think about suicide and 8% report making an attempt, yet there has been little improvement in our ability to predict suicidal behaviours in 50 years.

“These risk factors may be connected with traumatic and stressful events early in their lives.

“In fact, we know that about a third of all mental health problems are attributable to events such as bullying, abuse, and neglect. Much of my work has been to understand the impact of these factors on the developing brain.”

She discovered that childhood adversity is related to an altering of the structure and function of parts of the brain and that this increases vulnerability to mental health problems. Intriguingly, some adolescents with traumatic early life experiences fared a lot better than would be predicted. This “resilience” was enhanced by receiving the right kind of support at the right time. She calls this “social buffering” and finds that for 14-year-olds, it most often comes from family members, and for 19-year-olds, from friendships.

She is now starting to look for biological factors that underpin resilient functioning — for instance, how does the immune system interact with the brain during periods of psychosocial stress in resilient adolescents? Are there biomarkers that can be used to predict resilience after childhood adversity? Van Harmelen says:

“We are diving deeper into the factors and mechanisms that might help.

“We know there are lots of social, emotional, and behavioural factors that help to build resilience, and that these factors are amenable to intervention by therapists — but which are the most important, or is it a specific combination of these factors?

“If you speak to anyone who has had a mental health problem, you will know the effect it’s had on them and their families.

“Even a minor contribution to lowering this effect through early diagnosis and treatment is worth a lot of effort.”