Public Hearings on China Organ Harvesting to be Held in London 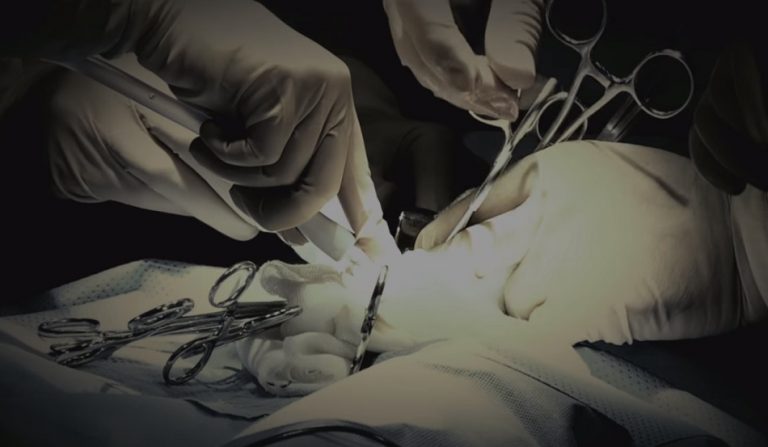 A still image from the trailer for 'Human Harvest,' an award-winning documentary on organ harvesting in China. (Image: Screenshot via Human Harvest)

An independent tribunal to inquire into forced organ harvesting from prisoners of conscience in China will hold public hearings in London next month.

The tribunal will investigate if any criminal offences have been committed by state or state-approved organisations in China concerning forced organ harvesting, said a statement from the International Coalition to End Transplant Abuse in China (ETAC) who have initiated the tribunal.

“Such a tribunal can provide some resolution to survivors or the loved ones of those killed,” she said.

The tribunal will consist of seven independent members, chaired by Sir Geoffrey Nice, QC, who led the prosecution in the trial of Slobodan Milosevic at an international tribunal for the former Yugoslavia in The Hague.

It is expected the tribunal will take evidence from 30 witnesses and experts during three days of hearings in December.

The final day will be International Human Rights Day on December 10.

“In order to address a crime of this magnitude, the international community requires robust legal analysis,” said Professor Wendy Rogers, who is the ETAC chair.

“The tribunal will provide this analysis, along with a transparent and permanent evidence-based record of forced organ harvesting in China,” said Professor Rogers, who is the deputy director of the Macquarie University Center for Agency, Values & Ethics.

“Such an inquiry could also provide material that could compel official international organisations to take further action,” she said.

The ETAC itself is a coalition of lawyers, academics, ethicists, medical professionals, researchers, and human rights advocates dedicated to ending forced organ harvesting in China.

The upcoming 3-day London event follows an earlier event on organ harvesting in China that was hosted by the UK Parliament on October 18.

Watch this trailer for Human Harvest, an award-winning documentary on organ harvesting in China:

On the ETAC’s International Advisory Committee are David Kilgour, former Secretary of State for Asia-Pacific, investigative journalist Ethan Gutmann, and human rights lawyer Dr. David Matas, who co-authored a report that estimated there are 60,000-100,000 organ transplants performed annually in China.

The source of the organs, the report said, came from Falun Gong practitioners held in prisons and killed on demand. Other prisoners of conscience — Tibetans, Uyghurs, and House Christians — have also been targeted by the communists as a source of bodily organs, only to a lesser extent, their report said.

All three men have in the past been nominated for the Nobel Peace Prize for their work investigating organ harvesting in China.

Enver Tohti, a former surgeon from Xinjiang in China’s far west who participated in one case of live organ harvesting in the 1990s, is also on the ETAC’s International Advisory Committee.

In this The Journal.ie video, Tohti describes that organ harvesting incident to Ireland’s Joint Committee on Foreign Affairs and Trade, and Defense.

In June 2016, a U.S. House of Representatives resolution was unanimously passed that urged the Chinese government to stop harvesting the organs of prisoners of conscience and end the persecution against Falun Gong.