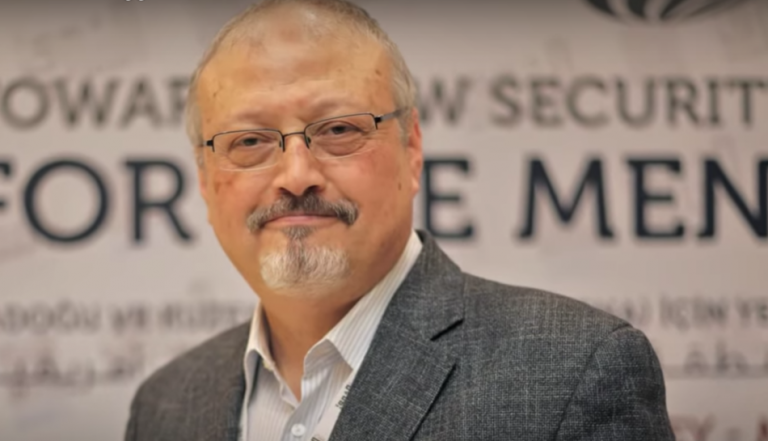 A Turkish official has claimed that Saudi Arabia sent a 2-man team to Istanbul after Khashoggi’s murder to clean up all existing evidence. (Image: Screenshot via YouTube)

A Turkish official has claimed that Saudi Arabia sent a 2-man team to Istanbul after Khashoggi murder to clean up all existing evidence. Top Saudi officials are said to have been involved in the crime and cover-up.

The cleanup team after the Khashoggi murder

It was in early October that journalist Jamal Khashoggi was murdered inside the Saudi consulate in Istanbul. Though Saudi Arabia has carried out investigations in the matter and arrested 18 people in connection with the murder, Turkish President Erdogan believes that the Saudi officials are trying to cover up the crime.

The two “cleanup” men, Ahmed Abdulaziz al-Jonabi and Khaled Yahya al-Zahrani, reportedly came to Turkey as part of the 11-person team sent by Saudi Arabia to work with Turkish investigators on the case. While one of them was an expert chemist, the other person was a toxicologist. Working together, they destroyed all evidence at the Saudi consulate and consul’s residence before Turkish officials gained access to the place.

“The fact that a cleanup team was dispatched from Saudi Arabia nine days after the murder suggests that Khashoggi’s slaying was within the knowledge of top Saudi officials,” a Turkish official said to Reuters. The men are said to have carried on the cleanup operations up until October 17, after which they left the country, about 3 days later. Turkey’s foreign minister has asked for an international investigation into the matter.

While investigators are still trying to find out what happened to Khashoggi’s body, certain media reports suggest that the body may have been vaporized by dissolving it in acid.

“According to the latest information we have, the reason they cut up the body is it was easier to dissolve it… They aimed to ensure no sign of the body was left,” Yasin Aktay, an adviser to Turkish President Recep Tayyip Erdogan, said to News.Com.Au.

“All what we want right now is to bury him in Al-Baqi (cemetery) in Medina (Saudi Arabia) with the rest of his family… I talked about that with the Saudi authorities and I just hope that it happens soon,” Salah Khashoggi, son of Jamal Khashoggi, said to CNN.

The U.S. administration has made it clear that it will take all steps possible to resolve the Khashoggi murder without causing an international diplomatic conflict. The United States is reportedly pressuring Saudi authorities to quickly close the case to everyone’s satisfaction before embarking on harsher steps.

“We’re working with the Turkish government, with the Saudi government, and with anyone else who has relevant facts for us to be able to determine all of those who were responsible for this atrocious murder of Jamal Khashoggi, which the Saudis themselves now acknowledge was premeditated. We need to get to the bottom of it. We need to find out who was responsible and hold them accountable,” Mike Pompeo, Secretary of State, said in an interview. (U.S. Department of State)

In the recently concluded event observing the 100th anniversary of World War I in France, both Trump and Erdogan are said to have discussed the Khashoggi murder.