Chinese Growing Up Without the Proper Knowledge or Desire for Freedom 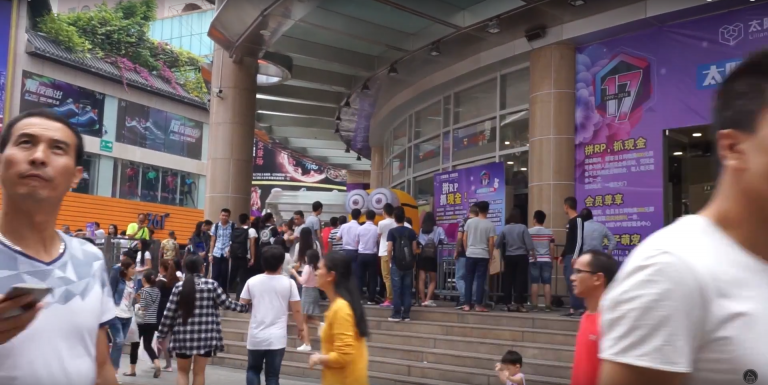 As a result of censorship, millions of young Chinese are growing up without having a proper knowledge of Western societies, democracy, history, or free speech. (Image: Screenshot via YouTube)

China has strong censorship policies in place that prevent citizens from accessing websites like Google, Facebook, or any other services that the communist government deems harmful. As a result, millions of young Chinese are growing up without having a proper knowledge of Western societies’ freedom of democracy, history, or free speech.

Censorship instead of freedom

The Chinese Communist Party views unregulated online content as a “spiritual pollution” harmful to the development of its young minds. China makes it mandatory for all students to learn socialist, Marxist theories from high school. The kids are fed with the history of colonization and suffering, and how only the Communist Party can keep the country safe and protected.

This communist brainwashing, together with a lack of a free Internet, means that most youngsters in China have no actual knowledge of what Western countries are like, how it feels to live in a free, democratic society, or what really happened in history. Some adventurous youngsters who use Virtual Private Networks (VPNs) to bypass state censorship are shocked to find out what they miss in China.

Yanmin Luo, a university student majoring in English, was amazed when she first started using VPNs to browse banned websites like Reddit and Instagram. It was as if an entirely new world had opened up for her, far different than the monotonous lifestyle she knew in China. “[The content showed a] diversity of lifestyles and mindsets that are quite different from what we have in China… I think in China, many people are living in the same way, with the same standard for everyone,” she said to ABC News.

The communist censorship has also left a deep mark on Chinese culture, limiting it from free expression. Rappers in China reportedly find it shocking that American rappers can criticize their government and president with no consequence, a freedom unheard of in China and something that would definitely get them jail time if they were to do the same in China.

“Censorship pours cold water on creativity. There are entire events and topics, like the Tiananmen protests and crackdown, that are completely off limits at the moment. It’s tough to push the envelope when you’re constantly looking over your shoulder. And that’s a shame because China and modern Chinese history are so ripe for all sorts of intellectual, artistic, and cultural exploration,” according to Forbes.

Though a few independent thinkers do bypass the censorship to check out foreign websites, a large section of the population actually stays away from this, not because they are afraid of it, but because they have no interest in such pursuits.

This was made clear in a research report by economists from Stanford and Peking universities. They gave Chinese college students free tools to bypass censorship. However, only half of them actually used the tools. And those who used them did not spend any time browsing through blocked foreign news websites.

“Our findings suggest that censorship in China is effective, not only because the regime makes it difficult to access sensitive information, but also because it fosters an environment in which citizens do not demand such information in the first place,” said the researchers in the report. (Independent)

China’s Internet censorship is so successful that countries like Vietnam, Ethiopia, and Tanzania are reportedly considering importing and implementing the system in their countries, a move that will definitely threaten the West’s pursuit of promoting freedom, democracy, and free speech.