Why Intellectual Property Rights Do Not Exist Under Communism 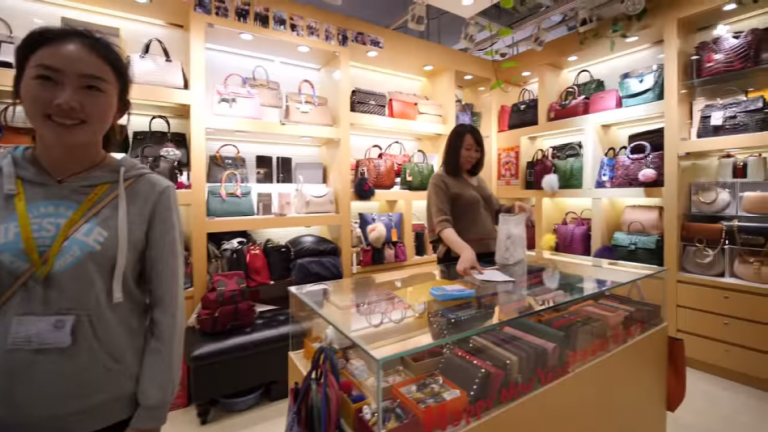 China is famous for producing fake products of every popular brand, whether it be something as simple as a handbag or as sophisticated as a smartphone. (Image: Screenshot via YouTube)

Unlike the U.S., China has a very weak track record when it comes to protecting Intellectual Property rights (IP). In fact, China is famous for producing fake products of every popular brand, whether it be something as simple as a handbag or as sophisticated as a smartphone. American businesses lose billions of dollars every year due to counterfeit items manufactured in China and sold throughout the world.

When the Communist Party came into power in China, ideas of collectivism were popularized. This gave prominence to collective ownership, which meant that the government had the right to literally take whatever you owned if they thought it would benefit society. As a consequence, the concept of IP rights never really strengthened in China until the 1980s, when the government started exploring capitalistic models to stimulate the economy. Today, China has a pretty good IP rights system in theory. But in practice, the enforcement of IP rights still remains weak.

While the Chinese government’s encouragement of IP theft of U.S. companies is something that needs to be addressed, what is even more important is to tackle the public idea of IP rights. An average Chinese citizen has a very poor concept of honoring IP rights. As far as they believe, if they can get a knockoff product for US$50 less, why not buy it. A shopkeeper might think of selling a counterfeit product at a lower price so as to generate more sales. These are fundamental cultural issues that need to be addressed.

In the West, people generally, on the whole, honor IP rights. Streaming copyrighted music or movies illegally, selling counterfeit products and so on are seen as inviting trouble. In China, these are normal things that “everyone does.” Such attitudes can only be changed through a 2-pronged approach.

Firstly, strict laws need to be enforced that will punish businesses that produce counterfeit products. In today’s China, such a strict enforcement does not exist. The U.S. is currently engaged in a trade war with Beijing precisely because of this issue. In fact, President Trump is quite adamant about not ending the trade war unless China agrees to honor the copyrights and patents of American businesses.

Secondly, a strong civil society needs to develop in China. When the civil society is strong, free speech and expression of individuals are promoted. As a result, the concept of individuality becomes prominent rather than collectivism. Consequently, people will have a greater consciousness of their rights and a drive to protect them.

They will not only fight to protect what they have created, but will form organizations that seek to protect such rights. This is the reason why IP rights are more strictly observed in the free societies of Europe and America, while countries like China that restrict individual expression end up giving no value to IP rights.

As far as the Chinese patents are concerned, the country recognizes three types — invention, utility model, and design patents.

An invention patent is granted for new technical changes or solutions introduced in a product, service, or process that has a real-world practical use. Such patents are typically granted within 3-5 years of application and are valid for a period of up to 20 years.

Utility model patents are granted to changes or solutions that have a lesser degree of inventiveness than invention patents. For instance, while a change in the internal mechanism of a product can be considered for an invention patent, the addition of an extra handle on the product can only be considered for utility model patents. These are approved in under a year and enjoy copyright protection for 10 years.

Design patents, as the name suggests, refer to patents that are given exclusively to innovations in the external features of a product. These patents are also approved within a year and have 10 years of protection.

So a combination of personal, social, and governmental change is needed to ensure the concept of IP rights is understood and accepted in China. And this cannot take place as long as the Communist collectivist mindset is prevalent.