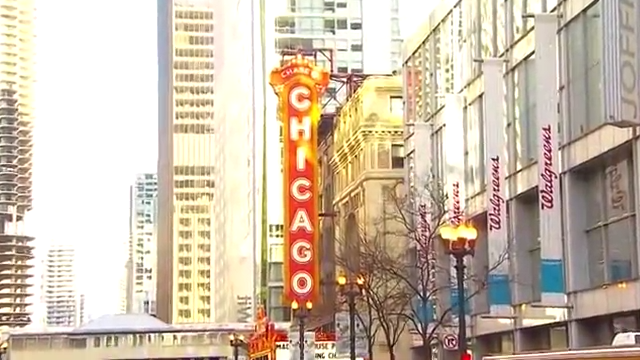 The Thanksgiving Day Parade has been a Chicago tradition since 1934. (Image: Screenhot via YouTube)

Chicago’s Thanksgiving Day Parade, an annual tradition since 1934, took place on November 22 in the Windy City. And people came from far and wide, both to view and participate in the big event.

Chicago’s parade may not be the oldest in the country or the most famous. Those titles belong to Philadelphia and New York. But with entries from over 90 groups and almost 5,000 walking participants, its popularity can’t be denied.

Chris Phillis, a spectator for the last 19 years, travels almost 100 miles with her husband and sons from their home in southern Illinois to attend the yearly event. She told The Epoch Times: “They had such beautiful floats. When the kids were young, they loved all the big floats going by.”

Making their first appearance in 2004, the City of Zurich Police Band was the first international unit to join the parade. They traveled from Switzerland again this year to participate. Other international units came from Mexico, Australia, the Bahamas, Puerto Rico, and Canada.

But the parade is just as much a tradition with locals. Chicago’s Falun Dafa group entered a beautiful float showcasing the five gentle exercises from the peaceful meditation practice. They have the distinction of being the first Chinese group to join the parade and have had an entry for 16 consecutive years.

Specialty units are always a favorite. This year, the performers included acrobatic teams, jugglers, and dancers. One standout in the chilly weather was Michael Trahey, a fire performer who marched in the parade shirtless and barefoot while spinning a flaming pole.

And what Thanksgiving Day parade would be complete without giant inflatable balloons? Teddy Turkey, the parade mascot, could be seen floating down State Street along with the likes of Fred Flintstone and the Tasmanian Devil. Taz’s buddy, Bugs Bunny, served as Grand Marshal.

Here’s a short video with some highlights: