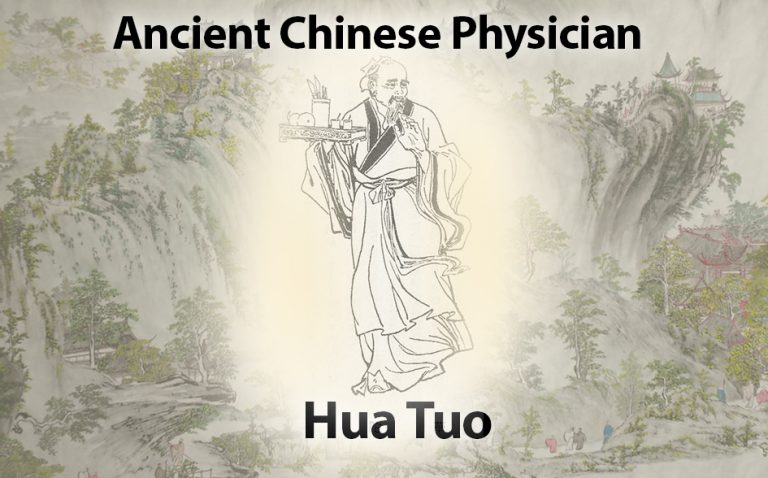 Many ancient Chinese doctors are said to have had supernormal capabilities, such as being able to see through a physical body. A few such physicians in ancient China, who are said to have had supernatural abilities, were Bian Que, Hua Tuo, Sun Simiao, and Li Shizhen. According to the medical records of the famous doctor Pang Anchang, he was capable of performing an extraordinary diagnosis and was known for his extraordinary acupuncture skill.

Pang Anchang and the pregnant woman

There is a story about Pang Anchang that illustrates his extraordinary medical skill. A pregnant woman, who was seven days past her due date, was left to die after a labor-inducing drug and other methods had failed to induce her child’s birth.

Luckily, a well-known doctor named Li Jidao was invited to visit the woman. Dr.Li said: “No medicine will be effective in this situation. The only possible thing left to do is use the needle. Unfortunately, my skill is insufficient to perform the treatment, and I dare not try it.” As it happens, Dr. Li’s teacher, Pang Anchang, stopped by and after observing the pregnant woman, assured the family: “She will not die.”

Without wasting much time, Pang asked the gathered family members to bring some hot water and to use it for keeping the pregnant woman’s waist and abdomen warm. Afterward, he treated the woman with an acupuncture needle, after which the pregnant woman felt a slight pain around her stomach.

Soon after this, the woman gave birth to a baby boy. Both the mother and the newborn were in a good condition. As a result, the woman’s family was very surprised and showed great appreciation, and treated Pang like a deity. It was beyond their understanding how Pang was able to accomplish that life-saving feat. Pang Anchang explained: “The baby had already left the womb, but his hand was holding onto his mother and would not let go. Although I just touched the baby’s hand through the abdomen, I found its hand position and inserted a needle into that area. When the baby felt the pain from the poke of the needle, it let go of the mother and the birth came to a natural conclusion.”

Sometime later, someone checked the baby’s right hand and sure enough, there was a needle mark. Pang Anchang’s ability to see through the human body was incredible, one even could say it was a supernatural ability. His ability to diagnose the pregnant woman and choose the right method to resolve the labor issues was proof of his exceptional acupuncture skill.

Nowadays, it’s easy for doctors to see the inside of the body by using medical equipment such as a CAT scan or MRI. However, in the days of Pang Anchang, all the physicians had natural abilities, including those abilities that were so exceptional that they seemed like supernatural abilities, such as seeing into the body of a pregnant woman and her child.

According to historical records, most of the physicians in ancient times were either monks or Daoist adepts. With some understanding of qigong cultivation, it is not difficult to understand that monks and cultivators with a lot of virtue and a high moral character were also able to develop so-called supernatural abilities, as a result of their cultivation and refined moral character.

Many physicians in ancient China were also Dao cultivators, and taking the before-mentioned into consideration, it is not difficult to understand that they were capable of using such supernatural abilities as seeing through a patient’s body.

Scientific evidence for the existence of meridians

Acupuncture meridians are traditionally believed to make up channels that connect the surface of the body with the internal organs.

In 1950, Dr. Yoshio Nakatani measured the electrical resistance of the skin of his patients. He discovered that the skin had poor electrical conductivity. Some patients even had excessive skin resistance, except for certain areas that seemed to follow a traditional concept of the path of meridians. He named these lines “Ryodoraku”, which means “a strong conductive line or electrical pathway.” It was later also established that the Ryodaraku corresponded to various meridian pathways as presented in various classical Chinese medical records.

Dr. Yoshio Nakatani had sophisticated medical equipment at his disposal to do the before-mentioned experiment on his patients and validate the pathway of the meridians. But ancient physicians like Bian Que, Hua Tuo, Sun Simiao, Li Shizhen, and others had no such sophisticated technical applications. So how did they see inside the human body and determine the path of the meridians? How were they able to see and diagnose syndromes and symptoms hidden to the two flesh eyes?

People initiated in the practice of traditional Chinese medicine and acupuncture agree that those well-known physicians in China’s past history used their “third eyes” to visually penetrate the human skin and observe the inside of their patients’ bodies using supernatural abilities.