The Escape of a Uyghur Woman (Part I) 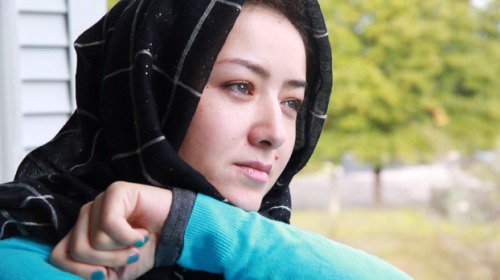 My name is Mina. I am a Uyghur woman who grew up in the city of Korla in Qiemo County of Xinjiang Province, China. In March 2009, I applied for a passport from the authorities, which was not an easy process as it took me nine months and cost over US$5,000. I became a very special person because I had a passport. I got married in 2013 and before that, it was normal for me to travel back and forth between China and Egypt.

On March 15, 2015, I gave birth to triplets in Cairo, and in May, I took my three babies back to China. I was detained at Beijing airport. The children were taken away from me and I was put in a dark room. They asked: “Where are you coming from? What are you doing there? Why are you coming back?” I said: “I am a Chinese citizen, why shouldn’t I come back?” Suddenly, two men rushed in and took me off to Urumqi (in Xinjiang Province) by force, but I really didn’t do anything wrong.

I was placed in another room. The police interrogated me for three days and three nights with the same questions. I responded: “I left school when I gave birth to triplets, and I want to ask my parents to help me to take care of my babies.” Then they confiscated my ID and mobile phone. After being imprisoned for more than two months, I was released when I obtained a special amnesty.

The Uyghur woman was told one of her children died

After I was released, a doctor told me that one of my children had passed away, but I couldn’t believe it. I found that my child’s neck was cut open from some surgery. My parents signed the consent form without knowing the Chinese characters, but there was nothing wrong with the babies before they were taken away from me; they were all healthy.

In April 2017, the local national security team asked me to come in, but I declined because I needed to take care of my children. The next day, they threatened to take me in by force. They interrogated me with the same questions for three days and three nights. The first day was normal, but the other two days they tortured me. During the torture, I felt like I was dying. I asked the policewoman: “What have I done? Will I die?” She laughed: “Who gave you permission to ask questions?” I said: “I need to know what I did wrong before I die.” She replied: “I don’t know that you will die so fast. You want to die so quickly, so comfortably? All the information in your mind will be extracted first and then you can die. If you are honest, we’ll let you die more comfortably.”

Later, I was taken to a detention center and experienced the greatest insult in my life — they took my clothes off, left me stark naked, and let men body search me. I am a Muslim, and before that, no man had ever even seen my hair, let alone my body. When I was a child, I raised the national flag and was proud of being a Chinese citizen. In reality, it was not something to be proud of. Later, I was locked up in a cell with more than 40 people, all kinds of people. The daily schedule of the prison was to get up at five in the morning. Each person could have only three restroom breaks a day. The prison also required that each quilt be folded exactly the same. If there was a difference, no one in the cell would be allowed to have food for the entire day.

In April 2017, I was sick. They sent me to the National Security Brigade every day for interrogation and physical torture. In addition to that, they also told me: “Your father is dead, your mother is dying, your son is already dead, your daughter is in the orphanage, and your brother’s family are all in prison. You have no hope; if you have anything in mind, just speak up and you’ll feel better.” These remarks made me angry and I had an epileptic seizure. My hands and legs became stiff and I was frothing at the mouth. Later, I opened my eyes in an Urumqi hospital and was told that more than a week had passed.

To be continued in Part Two