The Legend of 3 Little Swallows and the Son of Zhou 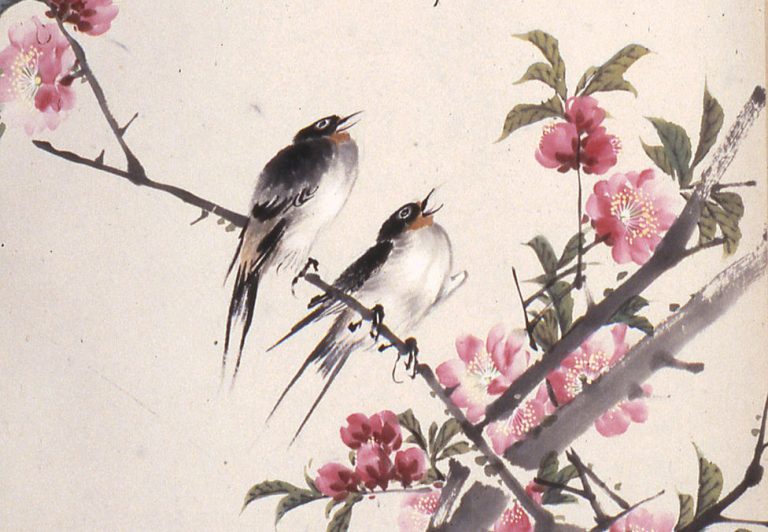 The son had an appreciation and love of art just like the father. (Image: via Wikimedia Commons)

The Soushen Ji is a legendary Chinese novel. It is a compilation of Chinese legends, short stories, and hearsay regarding Chinese gods, Chinese ghosts, and other supernatural phenomena. Soushen Ji can be loosely translated as “In Search of the Sacred” or “In Search of the Supernatural.” One such story is The Legend of the Three Little Swallows and the Sons of Zhou.

There once was a scholar named Zhou who had three sons. Each one grew tall and were nearly 20 years old. They could make noise with their mouths, but were not able to speak. One day, a visitor passed by Zhou’s house and asked for a cup of water. While waiting for Zhou to bring him the water, the visitor heard the voices of Zhou’s three sons. The visitor asked: “Who’s voices are those?” Zhou replied: “Those are my son’s; they can make noises with their mouths, but they can’t speak.”

The guest asked Zhou to look within himself for the possible reason that his children weren’t able to speak. Zhou in return was touched by the visitor’s words and thought to himself: “This is no ordinary person.” After a while of contemplating, Zhou replied to the mysterious visitor: “There is really nothing I can think of that I might have done wrong.” The man answered: “Try and go back further. Do you recall anything from the time of your youth?”

Mr. Zhou, taking the man’s advice went in himself even further into his past. After a while, he turned to the man saying: “I remember an incident in my youth. There was a swallow nest above the bed where I slept with three little baby swallows inside. The mother would be away from the nest a lot, looking for food to feed her little ones. When she returned, the little swallows would open their mouths and extend their necks toward the mother swallow so she could place some food in their mouths.

“Each day, when the mother was away, I would stick my fingers into the nest, and the chicks would allow it. One day, I took three cockroaches. Each little swallow ate one and died. That day, when the mother returned to feed her little ones, as usual, she got no response, no little twitter, only silence. When the swallow mother realized that her little ones where dead, she twittered loudly and sadly flew away.

“Looking back, I now regret what I did back then.” The visitor, after patiently listening to Zhou’s story, suggested that there may be a connection between the present state of his three sons and what he did in the past. “It seems that you have been given a way to repent for your past sins. Looking back as you did, you felt a guilty conscience, which is the foundation of atoning for your past wrongdoings. Repented sins can be removed,” the visitor said.

The visitor thanked Zhou for his hospitality and continued on his path. Shortly after, Zhou noticed that something was different. His three sons were no longer making noises, but were able to speak.

The ancient story of Zhou’s sons and the three swallows entails a profound moral. People who can look inward and search their own inner self for the fault can repent and their sin is forgiven by the heavens. According to religions and the Buddha’s teachings, when a person commits wrongdoings, like beating a person or randomly hurting another being, that person accrues a debt that they have to atone for at a later point in this life or the next.

In the case of  Zhou, the mother had to suffer the agony of losing her young ones. Judging from the state of Zhou’s son’s, who could not speak but only utter noises, this must have also been a great agony for Zhou, as it seemed like he was repaying a debt that he accrued in his childhood. Yet, after looking inward and observing the moral quality of his past deeds, he realized what a great mistake he had made in his past. As a result, he also atoned for his past wrongdoing and the situation burdening him in his present life was resolved.