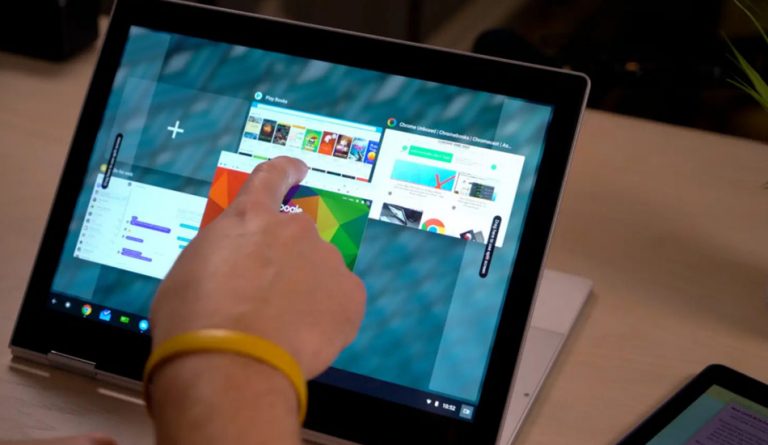 Google seems to be working hard at turning Chrome OS into a full-fledged operating system. (Image: via Nspirement)

Google seems to be working hard at turning Chrome OS into a full-fledged operating system. A strong focus is being placed on ensuring that users have a better Linux app experience. To this end, Google is planning to bring in multiple changes to the Chrome OS. For one, Linux apps will soon be able to access the Downloads folder, Google Drive, and Android folders. GPU acceleration support is also reportedly in development.

When using Linux apps, users can work with their Chrome OS and Google Drive files without having to copy files into the Linux container. However, this is only for individual files and sub-folders. Any file that is not inside a folder has to be shared manually.

But this is set to change as a new commit on the Chromium Gerrit shows that users will soon be able to open all files in Google Drive and Downloads when using Linux apps. “The commit also indicates being able to share all of your Computers, as managed by Google Drive’s Backup and Sync app, and Team Drives, a feature exclusive to G Suite, with the Linux apps container. Sharing individual Computers and Team Drives was already possible, but now you’ll be able to share them all together as a folder,” according to 9to5Google.

Chrome OS also keeps its native “Play files” separated from the Linux apps, mostly due to security reasons. But just as with Downloads and Google Drive, the Chromium team at Google is hard at work to ensure that contents of the “Play files” folder can be shared with Linux apps.

Android Studio works pretty well via Linux apps. However, app emulation is one thing that the Chrome OS does not offer Linux users. At a recent Android Developer Summit, Google announced that they will be making Android Studio an officially supported IDE on Chrome OS from 2019. This essentially means that users will then be able to do app emulation through Linux apps.

“App emulation in Android Studio requires GPU hardware acceleration, so it makes sense that this doesn’t quite work yet. This is obviously an important part of giving developers a tool to build and test apps right on a Chromebook, so getting this up and running is core to calling Android Studio on a Chromebook an official, supported project. Once this official version of Android Studio hits early next year, it stands to reason that GPU acceleration will have to come along for the ride,” according to Chrome Unboxed.

The biggest benefactors of GPU acceleration will be users interested in gaming. With Steam announcing support for Windows games on Linux, Chrome OS users will be able to play their favorite games via Linux apps. Since some Chromebooks already have discrete GPU hardware, high-end gaming may soon become possible.

In fact, the introduction of GPU acceleration will lead to the manufacturing of Chromebooks with higher end graphics hardware. In addition to gaming, powerful video editing tools like Lightworks will also become usable through Linux apps. Right now, users are stuck with using simple video editors like Kinemaster.