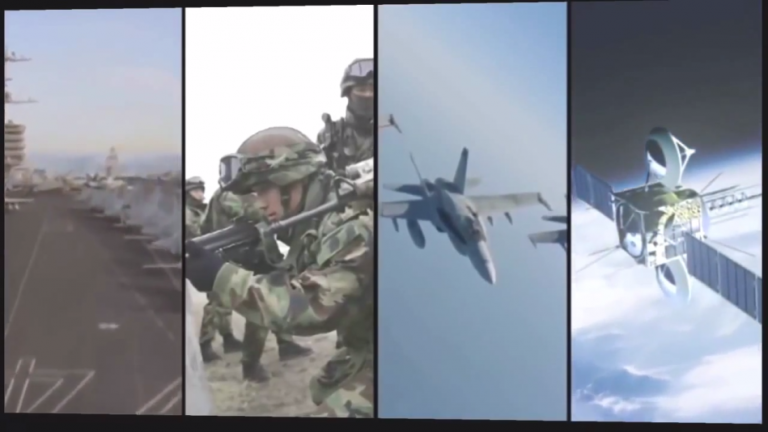 The U.S. Defense Advanced Research Projects Agency (DARPA) is apparently interested in using blockchain technology for military applications. If successful, this could usher in a massive change in the way the American military secures their communication network and assets.

To understand why blockchain technology is important for the military, consider the example of a fortress. No matter how big you make the walls, there will always be people who will find a way inside. In the same way, no matter how secure a communication system is made, there will be hackers who will get through the firewalls.

As such, it becomes important to know whether the data has been compromised. This is where the blockchain comes in. This  is essentially a decentralized, universal record of transactions between multiple parties. It is virtually resistant to data modification, which makes it one of the most secure technologies in the world. Any modified data can also be easily identified. In contrast, a centralized record of transactions is much more easily hackable.

Blockchains can provide such high levels of integrity. One look at the records on the blockchain will tell the military whether sensitive information, like nuclear commands or weapons codes, has been altered or accessed by an unauthorized third party. This is the closest that the U.S. military has ever gotten to developing an unhackable code.

Private investments in blockchain technology are also increasing. “A little more than five months into 2018, reported dollar volume invested in VC rounds raised by blockchain companies surpassed 2017’s totals. Not just that, the nearly [US]$1.3 billion in global dollar volume is greater than the reported funding totals for the 18 months between July 1, 2016 and New Year’s Eve in 2017,” according to Tech Crunch. Partnerships between the military and private enterprises should further accelerate the development of defense blockchain applications.

DARPA is putting in some serious efforts to create a secure messaging system using blockchains. The entire project involves three stages. First, a system will be built based on an existing framework. Once done, DARPA will focus on testing prototypes before finalizing the system. The Department of Defense (DoD) is expected to implement the messaging platform in all locations.

“By doing this, significant portions of the DoD back office infrastructure can be decentralized, ‘smart documents and contracts’ can be instantly and securely sent and received thereby reducing exposure to hackers and reducing needless delays in DoD back office correspondence. As an example, Military Interdepartmental Purchase Requests (MIPR) could be implemented using the secure ledger,” said the notice (Coindesk).

In a battlefield, such a secure messaging system will become critical, giving the troops a significant advantage over enemies. Information like troop position, status of supplies, aircraft position etc. can be relayed back and forth between a ground unit and the command center without fear of getting hacked.