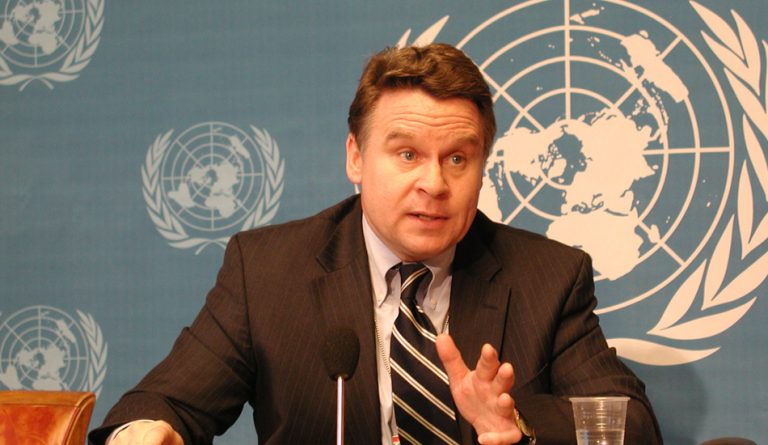 At a recent UN session, China declared that it had achieved “remarkable progress” in human rights due to the fact that millions of people have been pulled out of poverty over the past decades. However, China’s claim of promoting human rights was questioned by several countries who were alarmed at the communist regime’s persecution of the Uyghur Muslim population.

“Nearly 1.4 billion people have shaken off poverty and are now enjoying a moderately prosperous life… we established the largest education, social security, and healthcare systems in the world, moreover, we are promoting ecological conservation and taking firm steps to control pollution… By 2020, all the rural population living below the current poverty line are expected to escape poverty,” Le Yucheng, China’s head of delegation and Vice-Minister of Foreign Affairs, said in a statement (UN News).

Despite China trying to present a “just” image of itself, other countries did not buy the propaganda. They questioned Beijing’s detainment camps in the Xinjiang region. The Chinese Communist representative tried to wriggle out of the issue by claiming that the camps offered vocational training to the Uyghurs and offered a way for them to escape from extremist leanings and pursue a normal life. However, the lies failed to change any minds at the session. The U.S. and its allies like Australia were very vocal about the Uyghur mistreatment.

“We are alarmed by the government of China’s worsening crackdown on Uyghurs, Kazakhs, and other Muslims in the Xinjiang Uyghur Autonomous Region… [Washington] would like to see China abolish all forms of arbitrary detention, including internment camps in Xinjiang, and immediately release the hundreds of thousands, possibly millions, of individuals detained in these camps,” said Mark Cassayre, Chargé d’Affaires, U.S. Mission to the United Nations and Other International Organizations in Geneva, Switzerland (ABS CBN News).

Austria requested clarification on the organ removal scandal, asking the Chinese Communist Party (CCP) representative to inform whether the organs of the donors were removed with their informed consent or not. Beijing has been harvesting organs from convicts against their wishes. The country’s use of the death penalty, its crackdown on civil liberties, and treatment of people from the Tibet region were also discussed.

The CCP has been very touchy about the Uyghur issue and has consistently asked nations not to interfere in the country’s affairs. When news broke out that the U.S. might consider placing trade sanctions on China until the Uyghur situation is resolved, government officials got riled up and warned of serious retaliation if such sanctions were passed.

Despite Beijing’s threats, several U.S. politicians are adamant of lending support to the Uyghur cause. Many expect President Trump to rake up the issue against the CCP and pressure Beijing to stop persecuting Xinjiang Muslims.

“People say: ‘What is the connection with trade?’ Do you think we can expect people to respect copyrights and intellectual property rights if they can’t even respect their own people? This is barbaric and I think people have to realize that about this [Chinese] government, and I hope the President raises human rights in a very, very profound way, and starts with the Uyghurs,” U.S. Congressional Representative Chris Smith said to Radio Free Asia.

Recently, Germany had requested access to the Xinjiang region so that its human rights delegation can assess the detention camps. The CCP has denied the request.