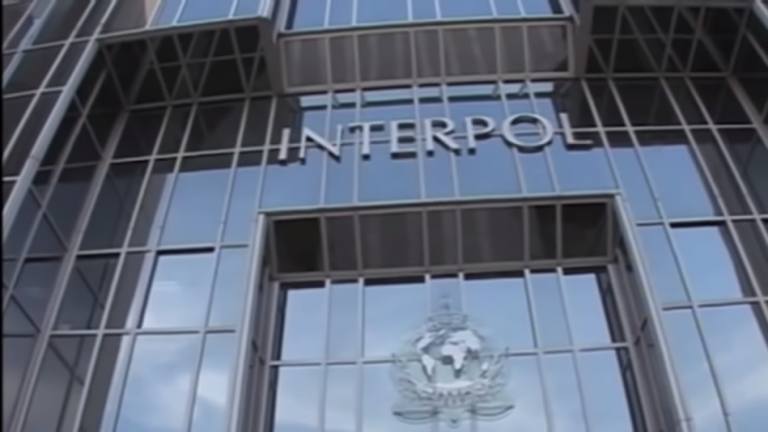 Meng Hongwei is the former Chief of Interpol. (Image: Screenshot via YouTube)

Meng Hongwei, the ex-Interpol Chief who is under arrest in China on charges of corruption, has been expelled from the National Committee for the Chinese People’s Political Consultative Conference (CPPCC). Meanwhile, Interpol has elected a new chief.

Meng Hongwei was reported missing in September while on his visit to China. Later on, Beijing admitted that he was arrested in relation to a corruption investigation. Meng lost his position as the Interpol chief and has been under arrest in China ever since. Unfortunately, no one, not even his wife Grace, has been provided permission to see him.

Grace believes the corruption charges against her husband to be false and claims that he is being targeted by the Communist Party. She stated that “anti-corruption” charges in China have essentially become a synonym for criminal charges that could not be proven. She was also reportedly threatened in her home in France and has been living under the protection of the French police.

Since Meng Hongwei is under arrest for corruption, the Chinese government decided to terminate his membership from the CPPCC. The 2,000-member strong organization is often tasked with advising the Communist Party on state policy. CPPCC includes some of the most well-known corporate chiefs and celebrities in China, including movie star Jackie Chan.

Meanwhile, Interpol has stayed away from investigating the arrest of its ex-Chief since the organization’s rules forbid it from doing so. “We are a rules-based organization. That is very important to understand… [Interpol is] not to govern over member states… We are not an investigative body,” Juergen Stock, Interpol Secretary-General, said in a statement (News 24).

Interpol is a 192-nation strong organization that acts as a clearinghouse for national law enforcement authorities that wish to chase criminals beyond their borders. The databases of Interpol are said to be queried almost 200 times per second from law agencies across the world.

The arrest of Meng Hongwei meant that Interpol was left without a chief. Various reports suggested that 56-year old Russian national Alexander Prokopchuk, who used to work for the country’s interior ministry, was the frontrunner for the post. This possibility angered many members of Interpol who were afraid that Russia would simply misuse Prokopchuk’s position to settle political scores and further its propaganda.

“Already Ukraine has threatened to leave Interpol if Prokopchuk is elected as its next president. The U.S. and its allies should do the same. Western democracies still provide nearly 80 percent of Interpol’s annual budget. That money would be better spent as seed funding for a new international law-enforcement organization that bans officials from corrupt authoritarian states, instead of electing them to leadership positions,” according to Bloomberg.

Interestingly, similar protests were also launched at the time of Meng’s appointment as Interpol president on the argument that since he was a member of the Chinese Communist Party, he too was involved in the mistreatment of Xinjiang Uyghurs and Tibetan people.

But despite rumors, Prokopchuk was not selected for the presidency of Interpol. Instead, Kim Jong Yang from South Korea was finalized for the position. “Our world is now facing unprecedented changes, which present huge challenges to public security and safety… To overcome them, we need a clear vision: We need to build a bridge to the future,” he said in a statement (Independent).

Kim will be serving a 2-year term as the head of the organization. By 2020, he will have completed the four-year term that Meng was supposed to fulfill.