How to Celebrate Yule, the Icelandic Christmas 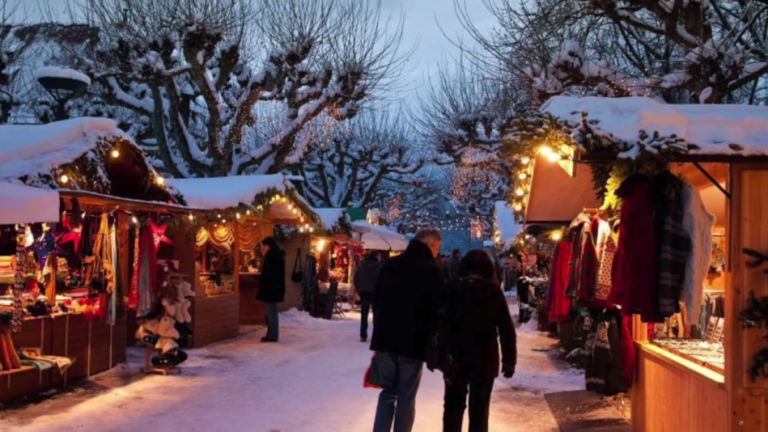 The Christmas season is the longest holiday in Iceland, with all establishments closed at least until December 27. (Image: Screenshot via YouTube)

People in Iceland commonly call Christmas “Yule” (Jól in Norse). Celebrating typically starts on Christmas Eve and lasts for about 13 days. The Christmas season is also the longest holiday in Iceland, with all establishments closed at least until December 27.

Before Christianity was introduced in Iceland, Northern Europeans used to celebrate the winter solstice in a grand way since it marked the start of longer days. When Iceland adopted Christianity in A.D. 1000, this existing celebration got integrated with the Christian faith. As such, the Yule/Christmas celebration in Iceland is essentially two festivals grouped as one.

Unlike the United States, Iceland celebrates Christmas on the eve of December 24. This custom is believed to have emerged from an old Catholic tradition in which people would have a wake the night before a Church holiday since it was believed that a new day began at 6 p.m.

The day before Iceland’s Christmas, December 23, is termed “Mass of St. Thorlac.” The name comes from the 12th-century Icelandic priest Thorlak Thorhallsson, who died in A.D. 1193 and was canonized by the Icelandic Parliament in A.D. 1198. This is usually the biggest shopping day in Iceland as people frantically check into stores to buy the things they need to celebrate the next few days.

In Iceland, it is a tradition to wear new clothes on Christmas. This stems from a myth that the Christmas Cat will eat anyone who does not wear a new dress on Christmas day.  People also get a new book. Children are given a pack of cards and a candle. People avoid drinking alcohol during the occasion. Families get together and enjoy a jolly good time in each other’s company.

“There are no native evergreen trees in Iceland, so the first Jól or Christmas trees were Rowan (mountain ash). The first recorded Jól tree was in 1862. People then started to make Jól trees from a central pole with branches attached to it and it was all painted green,” according to Why Christmas.

Sending Christmas cards to loved ones is also a long-standing tradition in Iceland. Advent lights are often placed in each home, usually onto a window sill. They remain lighted up from the first Sunday of the Advent to January 6.

Instead of just one Santa Claus like other countries, Iceland has 13 Santas who are collectively known as the ‘Yule Lads.’ Each of these Lads has a peculiar quirk in their character, which normally involves something menacing. It is believed that the Yule Lads reside in the mountains and start coming down one by one starting December 12 until Christmas.

“They lick out bowls. They steal sausages. They bang doors and peep through windows — things of this kind. They were first recorded in the 19th century, but you find similar stories in Norway as well, with the Christmas Lads. At first, the Yule Lads were called different sorts of names and were from different parts of Iceland, but many of the same names came up again and again,” Terry Gunnell, Professor of Folkloristics at the University of Iceland, said to The Reykjavik Grapevine.

In 2018, Yule is expected to start on Friday, December 21, 2018, and end on Tuesday, January 1, 2019. However, since it is celebrated mostly as Christmas, festivities usually start only from the evening of December 24.