Offend Chinese Communist Officials and Find Yourself Going to Prison 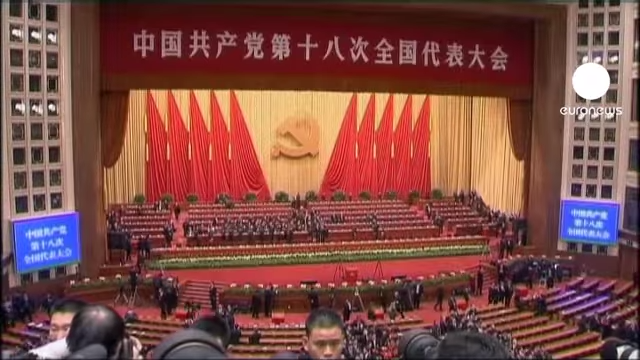 Legal provisions and contracts are all mere formality and can be changed without authority based on the preference of the communist government. (Image: via Nspirement)

Taiwanese businessmen do not understand the way the officialdom of the Chinese Communist Party operates. Their mistake is believing that the Chinese communist officials will abide by the law and conduct themselves with moral principles. As long as relations between the government and the businessmen are good, then they can sweep through the mainland market. However, under Chinese communist rule, the laws are meant to serve the government. Legal provisions and contracts are all mere formality and can be changed without authority based on the preference of the communist government.

In 1989, Taiwanese businessman Wu Wei-kuo, who possessed American citizenship, bought into the “Chinese technology dream” and shifted his business from the Hsinchu Science Park in Taiwan to Zhuhai to establish Zhuhai Nanker Electronics Co. He was one of the most welcomed Taiwanese businessmen in Guangdong Province, with the company becoming a large enterprise and providing employment for 2,000 people. He was the brother of Wu Ching-kuo, who was once on the executive board of the International Olympics Committee, so his political connections were very good.

However, the good times didn’t last long. In 2009, the local government confiscated his land claiming that it was for starting a school. In reality, it was to be sold to developers to build residential buildings. Wu Wei-kuo did not receive equitable compensation, so proceeded to lawfully file a complaint and appeal the case using the media. Although he was successful and received US$2.6 million in compensation, his lawful action caused the Chinese communist officials of Zhuhai to discriminate against him.

On December 25, 2012, the Taiwanese Business Association in Luogang, Guangzhou, threw a Christmas party. Wu Wei-kuo brought his family along and together they were reveling in the celebratory atmosphere of Christmas. However, before the first dish was even served, he was dragged from the party by several police officers from the economic crime investigation team of the Public Security Bureau and thrown into prison. They took him away for alleged tax evasion.

The Bureau demanded payment of back taxes and penalties totaling US$1.4 million. The Wu family paid the sum within two months, but the Zhuhai Public Security Bureau still would not release Wu. According to reports, the National Taxation Bureau, Public Security Bureau, and Economic Crime Investigation unit were told by officials to have Wu Wei-kuo “Come walking in, leave lying down.”

After the arrest, Wu Wei-kuo’s brothers immediately began rescue operations. The older brother, Wu Ching-kuo, wrote a letter to the then-Chairman of the  Chinese People’s Political Consultative Conference, Jia Qinglin. The younger brother, Wu Chien-kuo, went to both official parties on either side of the strait, and using relations in the mainland, he requested help from the public security and military system. The family members in China disappeared while Wu Wei-kuo remains in jail.

There was also another case of a Taiwanese businessman named Zeng whose case was even more exaggerated. To set up a factory in Dongguan, he deposited US$1.2 million in a local bank and when he later checked his account, all of the money had disappeared. After an investigation, it was discovered that the money was stolen by an unknown person through a counterfeit scam. The Taiwanese businessman took the bank to court, but the court only held a hearing after delaying for two years. The result of the trial was that the bank was not required to compensate him for his financial losses.

Before the decision by the court was announced, the businessman was secretly taken away by three armed police officers to a mountainous area. They threatened him not to pursue the matter with the bank any further or else they would bury him alive to silence him. Luckily, he was able to use his Rolex watch to bribe them and escaped back to Taiwan that same night.

Most Taiwanese businessmen don’t appreciate that the authorities in communist China stop the mainland having a basis for democracy and that its legal system is used for reference only.

When doing business in China, Gao Weibang, the chairman of the Victims of Investment in China Association, advises against going into a joint venture of any kind. A joint venture is the same as inviting a wolf into one’s house. No matter whether they are a state-owned enterprise, township enterprise, or private enterprise, the outcome is the same regardless of who is the manager because you will end up the loser.