How Ginger Can Help You Manage Colds and Flu 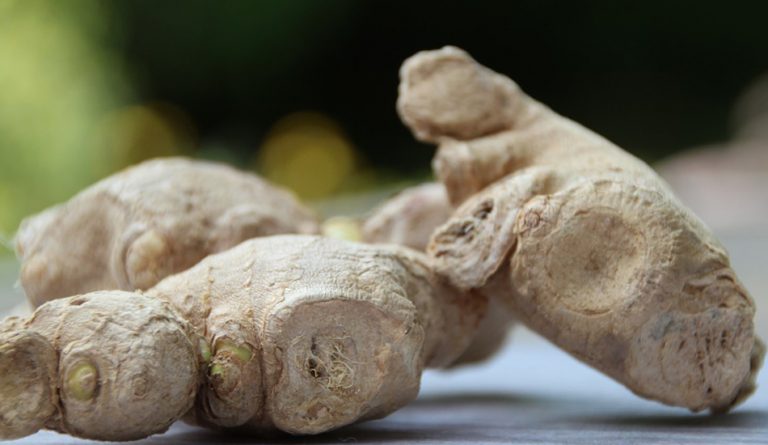 For thousands of years, ginger has been an important component in the medical practices of Asia, whether it be traditional Chinese medicine (TCM) or India’s Ayurveda. (Image: via Pixabay)

For thousands of years, ginger has been an important component in the medical practices of Asia, whether it be traditional Chinese medicine (TCM) or India’s Ayurveda. Ginger is rich in iron, phosphorous, vitamin C, riboflavin, and calcium. For people suffering from a cold or the flu, ginger can be the perfect remedy.

The high quantity of antioxidants in ginger fight against free radicals in the body. They reduce oxidative stress, boosting the immune system so that it can effectively fight against the flu or the common cold. Plus, the gingerol and shagelol components have very strong antimicrobial properties that aid in keeping cold-causing viruses at bay.

Using ginger against colds and flu

To deal with phlegm during a cold, combine ginger with peppercorns and water. Boil for a few minutes. After cooling down, strain the liquid into a glass or cup. Mix in a teaspoon of raw honey. Drink this concoction about two to three times per day for at least three days. This should do the trick and clear the phlegm from your upper respiratory system.

In chemotherapy, ginger is sometimes used to help patients deal with nausea. The National Cancer Institute did a study on 644 people who had suffered from nausea after a single cycle of chemotherapy. The participants would either receive ginger in capsule form or a placebo once a day for six days.

“By the end of the first day, patients who took the ginger (the equivalent of one-quarter and one-half teaspoon of fresh or dry ginger) rated their nausea as 1 or 2 points, meaning they had no or very slight nausea. In contrast, those who took a placebo rated their nausea as 4 to 5 points, meaning they had a lot of nausea,” according to University Health News. So if you ever feel nausea when suffering from the flu or a cold, try taking some ginger capsules.

Many people suffer from a sore throat when they have a cold. Ginger can help soothe the irritating feeling in the larynx. You will need to boil some ginger slices in water together with turmeric for a couple of minutes. After cooling and straining it, add in some lemon juice and honey. Mix it up and drink once or twice per day for about three days. The itchy feeling will go away and your sore throat will be relieved.

Since ginger helps to strengthen the immune system and prevents mucus buildup, it can be effective in clearing off chest congestion. Pour one-fourth cup of apple cider vinegar and lemon juice into a pan and boil on medium heat. After the mixture is slightly cooled, add in three tablespoons of honey, a half teaspoon of cayenne pepper powder, and a half teaspoon of dried ginger root powder. Mix it well. Consume about one tablespoon of the mixture two times a day for two or three days. This will clear the chest congestion.

To combat a cough, boil a few slices of ginger and garlic in water. Once you take the pan off the stove, strain out the liquid and mix in two teaspoons of honey and the fresh juice of an onion. Consume the mixture three times daily. You will soon feel relief from coughing. This will also help in getting rid of a runny nose.