6 Major Trends for US, China, and Taiwan Relations 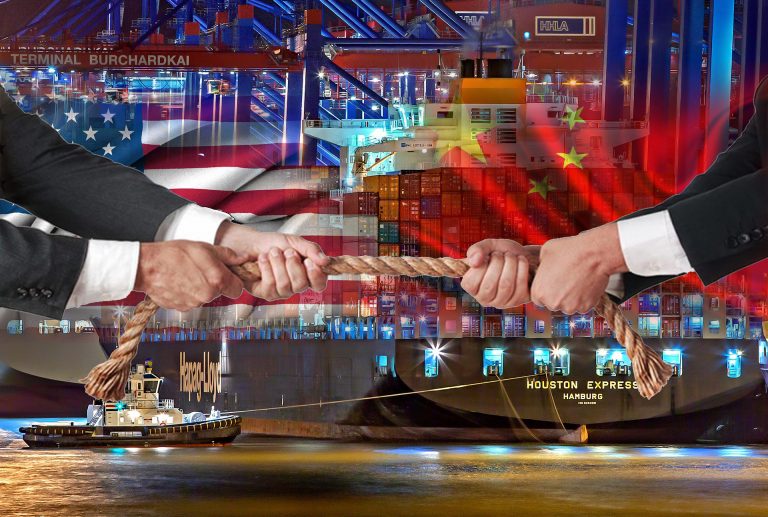 This year’s local elections in Taiwan are also expected to have significant implications for matters reaching beyond Taiwan’s local political arena and into U.S., China, and Taiwan relations. (Image: Hermann Rohr via Nspirement)

The local election in Taiwan has come to an end with the Kuomintang Political Pary (KMT) winning over more cities and counties than the Democratic Progressive Party (DPP). The electoral defeat of the DPP has shaken the political situation in Taiwan, as well as triggered international attention and intensive discussion. The local election result is generally considered an important marker for predicting the outcome of Taiwan’s next presidential election scheduled in January 2020. This year’s local elections in Taiwan are also expected to have significant implications for matters reaching beyond Taiwan’s local political arena and into U.S., China, and Taiwan relations.

1. Simmering down of China’s military and diplomatic pressure despite the rise of China’s interference in Taiwan

In the November local elections, the pendulum swung back in favor of KMT, delivering a severe blow to the DPP, which lost all but six mayoral and county seats as compared to the 13 seats that it won in the previous election. Fifteen seats went to the Nationalist Party or KMT. China has a history of regarding the KMT to be a party of reunification.

China has always preferred the KMT as the party of reunification and a party that traditionally seeks economic relations with Mainland China. It is likely that China’s moratorium, including military harassment and diplomatic pressure toward Taiwan, may simmer down for a calmer atmosphere across the Taiwan Strait. At the same time, China may possibly put up its united front works on Taiwan as well as continue to implement more “policies benefitting Taiwan” or promoting more exchange activities between China and Taiwan.

The economy is the campaigning backbone of the Taiwan local election. The main card played by winners is to “revitalize the economy” in order to win the favor of voters. The outcome of the recent election leaned more toward the favor of China-related policies. China has immediately shown a more active presence by implementing more exchange activities with the Republic of China by welcoming the cooperation between Taiwan and its cross-strait cities, as well as attempting to win over foreign counties and cities to gather closer around China by offering them preferential benefits like “economic profit,” “procurement of agricultural products,” and “travels to Taiwan.”

The media and network played a key role in this Taiwan local election. Taiwan’s National Security Bureau confirmed that China indeed influenced the election by manipulating Taiwan’s speech network, producing fake news, cyberbullying, and so forth. China even set up a “social media troll” to create discord on the Internet by posting inflammatory and controversial messages in the online community. The so-called “cognitive space war” or the “cognitive attacks” are meant to intervene in people’s cognition, attitudes, and behavior, thereby influencing their decision-making preference.

Bloomberg columnist Richard McGregor also pointed out that Beijing is getting more sophisticated about influencing local politics in the region.  Judging from the election results, China’s “public opinion” strategy has indeed affected the election. According to Michael Pillsbury, Director for Chinese Strategy at the Hudson Institute of the U.S. think tank; a former Chinese Communist Party leader once said, “It is easier and cheaper to buy Taiwan than to conquer Taiwan”.

4. The US-China trade-war continues to seemingly be China’s delaying tactic until the US presidential election of 2020

China is likely to continue to use the U.S.-China trade-war as a “delaying tactic” until the U.S presidential election of 2020. In this way, China may have more stake to interfere in Taiwan. Due to the economic burden Taiwan has encountered, caused by the U.S.-China trade war, China may see a chance to bring Taiwan to its fold.

China is likely to negotiate a general “framework agreement” with the U.S to temporarily ease the trade war and prompt the U.S. to suspend or postpone its tax increase with the hope of turning the “trade war” into a “detailed negotiation,” thus prolonging the time until the U.S. presidential election in 2020. Analysts assume that China is hoping that President Trump will not be re-elected. Should President Trump get re-elected, however, and if Taiwan’s political situation will have changed in favor of China’s direction of interest, then the U.S. would still lose a major “bargaining chip” — Taiwan.

5. The economy is the main battlefield and the US-China trade dispute will continue

Apart from China’s intervention to unite Taiwan with the mainland, the economy is also the key to the success or failure of the DPP in the coming Taiwan presidential election. The economy is also the cornerstone of Trump’s achievements in the U.S., which may be crucial to getting majority support from the people.

Analysts believe that China is likely to disrupt the electorate base of Trump in order to prevent Trump from being re-elected. To achieve this, China may accommodate terms in the “Framework Agreement” for easing the current economic situation and to hold off until two or three months before the U.S election before launching yet more economic, trade, media, as well as psychological, wars to disrupt the development of the U.S. economy. As a result, this would affect the stock market, employment, trade, consumption, and general investors’ psychology.

Based on these assumptions, the economy will remain the main battlefield between the U.S. and China, which creates a high possibility that the U.S.-China trade war may escalate in near future.

It is an indisputable fact that the trade war between China and the U.S. has put tremendous pressure China’s economy as well as it’s society, causing a rise in unemployment, a decrease in consumption level, and inflation of financial risks and other issues. Experts worry that,  as long as China continues to follow the path of “unfair” trade practices and stealing the intellectual property of others, by forcing technology transfers and so forth, it may be difficult to reach any foreseeable conclusion in the U.S.-China trade war.

The “first island chain” refers to the first chain of major archipelagos out on the East Asian continental coast, which is principally composed of the Kuril Islands, Japanese Archipelago, Ryukyu Islands, Taiwan, the northern Philippines, and Borneo.

According to a review of the conflict-history related to this chain of major archipelagos, China sees it as its self-proclaimed duty to secure the island chain’s territory and disable any American bases and aircraft carriers in the vicinity. Taiwan has quite a strategic location in all of this. The island lays in the center of the first island chain and was referred to as the “never sinking aircraft carrier” by the legendary Douglas McArthur. McArthur was the chief of Staff of the U.S. Army during the 1930s, becoming famous for his important role in WW II.

As China continues to expand its diplomatic, economic, and trade-based penetration, including its military expansion around the world, the first island chain assumes the role of being a primary line of defense for the U.S. and its allies. This major line of defense partially functions as a barrier, preventing China from expanding into the Pacific. This may very well explain why China is so keen on acquiring Taiwan. With a hold on Taiwan, China would possess a high chance of breaking through the before-mentioned defense-line comprised of the chain of first islands. On the other hand, U.S. interest in China may be greatly motivated by the hope of using this to consolidate their strategical defense against China in the region.

Over the years, China has slowly advanced into Taiwan through political, economic, cultural, religious, academic, property, and other aspects of its “united front works.” Therefore, the recent result in Taiwan’s local elections is immensely important if viewed from the angle of China and the U.S. wrestling for a stronger foothold there. As a result, we may see more active involvement of both the U.S. and China in Taiwanese issues. Taiwan may increasingly become the cornered center of attention for the two economically and trade-based warfaring countries.