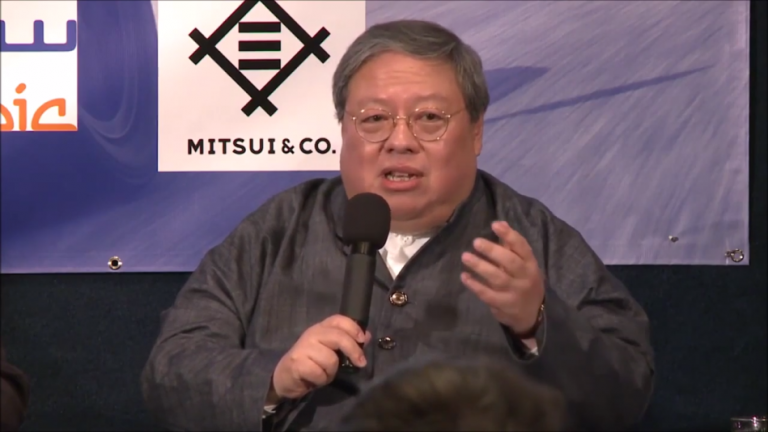 Patrick Ho Chi-ping, former Hong Kong politician, has been found guilty by a New York court on seven counts of violating the Foreign Corrupt Practices Act and for being involved in money laundering. (Image: Screenshot via YouTube)

Patrick Ho Chi-ping, a 69-year-old ex-Chinese official from Hong Kong, has been found guilty by a New York court on seven counts of violating the Foreign Corrupt Practices Act and being involved in money laundering. He apparently planned on bribing African leaders for the benefit of a Chinese energy company.

Ho was the Home Affairs Secretary of Hong Kong between 2002 and 2007. The ex-Chinese official then joined the China Energy Fund Committee (CEFC) as their secretary-general. The NGO enjoyed a consultant status at the UN Economic and Social Council. However, the organization was funded by CEFC China Energy, which was said to have close ties with the Chinese Communist Party (CCP).

As the head of the CEFC, Ho was tasked with aligning African politicians with the business interests of CEFC China Energy. For this purpose, Ho used the UN to get close to African leaders and enter into deals on the company’s behalf. He was arrested by U.S. officials last year at JFK Airport.

“Patrick Ho now stands convicted of scheming to pay millions in bribes to foreign leaders in Chad and Uganda, all as part of his efforts to corruptly secure unfair business advantages for a multi-billion-dollar Chinese energy company. Ho’s repeated attempts to corrupt foreign leaders were not business as usual, but criminal efforts to undermine the fairness of international markets,” Manhattan U.S. Attorney Geoffrey S. Berman said to CNN.

Though Ho pleaded not guilty, the jury found enough evidence to convict him. Since he was deemed guilty on seven out of eight charges and each charge comes with imprisonment of 5 to 20 years, Ho could end up in jail for a long time. Ho will be sentenced on March 15, 2019. Meanwhile, trade experts believe that the ex-Chinese official’s conviction might start alarm bells ringing at Chinese companies indulging in bribery and corruption to get things done.

“Ho’s downfall should be a lesson not to be forgotten by Chinese companies and businessmen on the front line of the country’s overseas expansion, that they and their agents disregard or try to get around the rules and customs of foreign markets and financial networks at their peril… With more outward-bound investment, Chinese firms can expect to come under even greater scrutiny as regulators familiarise themselves with different ways of doing business,” according to South China Morning Post.

China and corruption in Africa

Being the biggest economic partner of Africa, China enjoys good relations with many of its nations. And since several of them are pretty much ruled by corrupt governments, Chinese companies often end up bribing the officials to close trade deals. However, this works against the interests of U.S. businesses.

“If I am an American company and I want to do a deal, particularly in Africa and less developed areas, and I am approaching African officials but losing out because Chinese companies are bribing those officials, I am going to be irked,” Rob Precht, President of New York-based legal think tank Justice Labs, said to CNN.

China has been persistent recently at cracking down on corrupt officials inside their country. However, when it comes to external dealings, the Chinese communist government turns a blind eye to the bribes offered by local businesses to foreign governments and organizations.

Even though China adopted a foreign bribery law in 2011, the administration has done next to nothing to fulfill its commitment. It is now up to the West to arm-twist Beijing into getting serious about cracking down on foreign bribes to ensure that their businesses have a level playing field in Africa against CCP-assisted companies.