How Police in Taiwan Behave Toward Falun Gong Practitioners 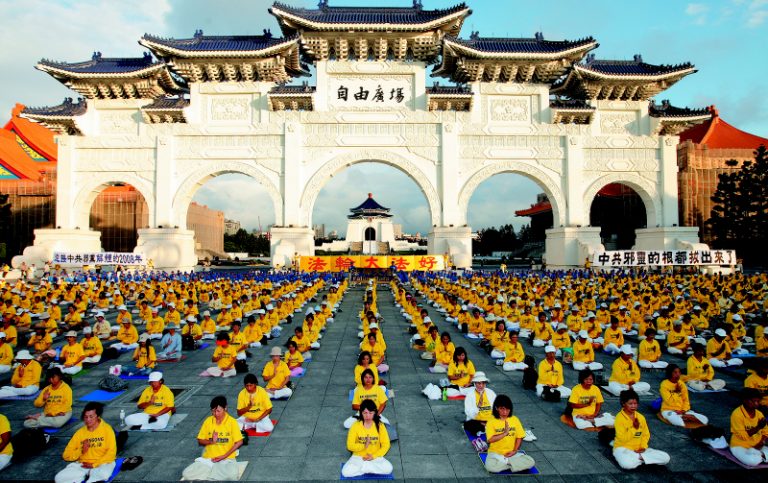 How do the Taiwan police treat Falun Gong practitioners? (Image: via Minghui)

The mainland Chinese police have participated in the persecution of Falun Gong practitioners in China for 19 years. When I called the mainland police department to clarify the truth about Falun Gong one time, they cursed me using filthy language. I told them: “The police in Taiwan will not act in such an embarrassing manner. The same is true of police all over the world. If you have a wife and children, they don’t want you to behave so badly, because you are supposed to set a good example for the general public and present a good image.” At that point, they became quiet and listened to me, with no more cursing.

I heard a moving story about a Falun Gong practitioner driving to a place to take part in large group morning exercises at 4 a.m. Unfortunately, he had car trouble halfway there. After a police patrol car passed by and officers learned of his difficulties, they asked the Falun Gong practitioner to get into their car immediately and they took him to the exercise site, so he was on time and did not miss anything.

Another moving story happened in November 2008, when Chen Yunlin, President of the China Association for Relations Across the Taiwan Straits, came to Taiwan. All the Falun Gong practitioners in Taiwan held up banners in every city Chen passed through. These demanded that the Chinese Communist Party (CCP) stop the persecution of Falun Gong on the mainland. The Kenting National Park in Taiwan, where I live, had two days of “stop the persecution” activities. On the first day, it was raining and the local police branch deputy director wanted to buy raincoats for all the Falun Gong practitioners to wear, so we would not catch a cold, but we politely declined.

The next morning, I was standing next to the director of the police department and heard him personally instructing his staff to find the most eye-catching spot for the Falun Gong practitioners when Chen Yunlin and his entourage would enter the park. He was helping us make sure that Chen could see all the Falun Gong banners, phrases, and billboards.

Later, the police officers who helped Falun Gong were promoted one by one. Although the officers who persecuted Falun Gong in the mainland were also initially promoted and made a fortune, the difference became clear in the end: In retribution for the bad things they did, they either lost their jobs, were detained, fined, sentenced, or killed. Even their family members were subjected to misfortune.

Taiwan and the mainland are only one strait apart. There is a clear and strong contrast on both sides of the strait on how Falun Gong has been received. It is worthy of deep consideration by the Chinese and even the rest of the world. We sincerely hope that the Chinese people will regain their freedom of belief soon.

Watch the following video on five differences between China and Taiwan: