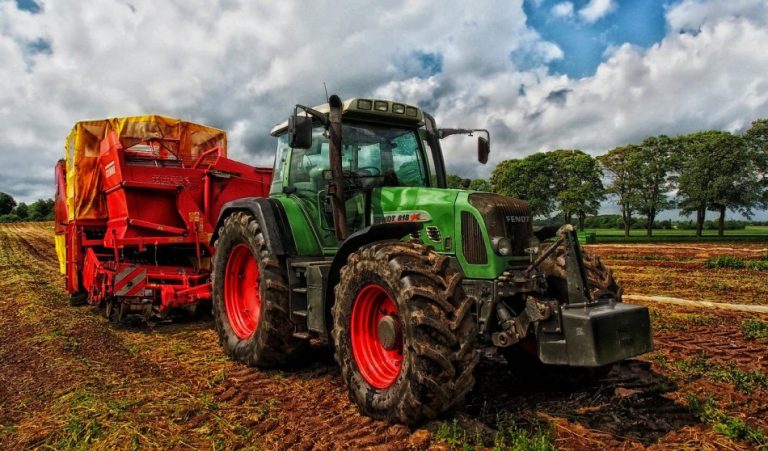 For the most part, scientists have tried to improve crop yield estimates by improving the model’s weather response. (Image: 1201912019 via Pixabay)

In a new study, researchers with NASA, the University of Chicago, and the Potsdam Institute for Climate Impact Research added data on when each specific region plants and harvests its crops — and found it was the single most effective way to improve crop loss simulations.

Droughts or heat waves have consequences that spread beyond farmers anxiously watching their fields; these fluctuations in crop yields can send shockwaves through local and global food supplies and prices.

Published in Science Advances, the innovative adaptation could improve the information available for policymakers and markets to brace for the impacts of crop loss. Current models struggle to predict yields, not only in view of long-term climate change, but simply for the following year’s crops.

Jägermeyr, a postdoctoral researcher with the UChicago Department of Computer Science, Potsdam, and NASA, and the corresponding author on the study, said:

“Today’s models really can’t explain variability from one year to the next. Even if we just try to recreate what happened in the past, they just aren’t up to par.

“It turns out that short-term yield variability is extremely important for policymakers and the food market — naturally for price levels, but also for supply shocks, trade embargoes, and reserves.”

For the most part, scientists have tried to improve crop yield estimates by improving the model’s weather response. But instead, Jägermeyr and coauthor Katja Frieler of the Potsdam Institute tried attacking the problem from a different angle: Instead of assuming farmers grow a single variety of a crop across the globe, they implemented the average times that each region plants and harvests its crops to represent local varieties. Jägermeyr said:

“Getting the growing season right is the single most effective measure to better match observed corn yields.”

For example, Jägermeyr said, consider a corn crop in Austria. If researchers use the same growing timeline for a corn variety growing in Mexico, they might assume the crop would benefit from an October rainfall. But in colder Austria the corn would already have been harvested — so the calculations are thrown off.

With this information, researchers’ models matched up much more closely with actual, observed yields. Jägermeyr explained:

“We are now up to task to simulate historic impacts of droughts and heat waves, which is unprecedented, and we have every reason to expect our future simulations will be more robust than before.”

“This is something that’s been overlooked, and we simply show how much the timing matters. The nice thing is that it’s a low-hanging fruit we can easily implement in our models.

“The only difficulty is that it’s very data-dependent, and we don’t have high-quality observations in all countries yet.”

They plan to use this improved model framework to test out crop forecasting throughout the next season in real time. Computation time was provided by the University of Chicago Research Computing Center’s Midway computing cluster and the Potsdam Institute for Climate Impact Research.