How Wildlife in New England Handles the Winter 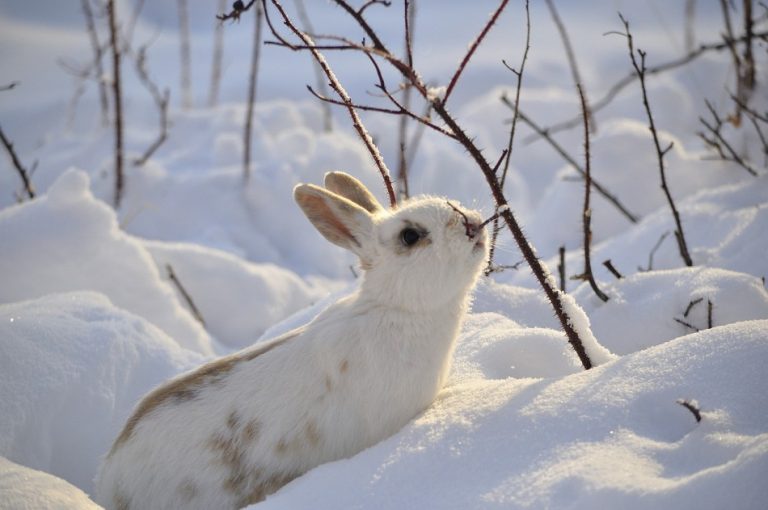 When we mere humans are standing outside bundled from head to toe and wincing in the wind, it may seem amazing — even troublesome — that the woodland creatures around us can bear the cold all day without so much as a pair of mittens. (Image: via Pixabay)

When we mere humans are standing outside bundled from head to toe and wincing in the wind, it may seem amazing — even troublesome — that the woodland creatures around us can bear the cold all day without so much as a pair of mittens. But one doesn’t need to worry about how they’re faring, even in the longest stretch of cold weather.

The wildlife in New England have survived cold winters for thousands of years. They have a whole lot of tricks up their sleeves — as it were — to survive the bitter cold. For those critters that haven’t fled south, there’s hibernation, natural insulation, winter-grade coats, and feathers, conserving energy, and fattening up. Here’s how the animals in New England are doing winter better than you.

Birds and beavers in New England

In New England, one might notice that the backyard birds look a little more round during the winter months. They’re literally fluffing their feathers out. They have built-in down coats that trap air and keep them warm and well insulated. Ducks and geese are especially interesting because they manage to get wet and float on without getting cold. They are protected by a doubled-layered plume: They have down feathers close to their bodies as well as longer, oily feathers that keep moisture from soaking into their skin. Semi-aquatic animals, like beavers, have a similar kind of jacket — a slick, greased coat on the outside with dense fur underneath. You might call it their long underwear.

And where waterfowl don’t have feathers, a network of veins carries warm blood. We don’t have that same kind of situation in our human physiology, and that’s why our feet are freezing when exposed to the cold. While they stay naturally warmer, birds are also looking for food — all while conserving energy. And they’re not alone.

You probably know about hibernation — a common tool for bears, chipmunks, and woodchucks to conserve energy during the cold weather. But not every animal fattens up just to find shelter and go to sleep. Those that are still seeking a bite will keep scavenging, but slow way down. For many animals in New England, if you had a Fitbit on them in the wintertime, the number of steps that they take would dramatically decrease. They are trying to stay put, to conserve energy, stay warm, and keep those fat reserves to help them get through the winter if they can’t find enough food. That’s why one shouldn’t be concerned if seeing a deer laying down under an evergreen. Deer or moose have a heavier coat in the winter, and their hair is hollow. Like birds, they use air to insulate their bodies.

All the mammals have grown some kind of a winter coat. Someone may say that that they just saw a wolf when its actually just their smaller cousin, the coyote. In the summertime, coyotes look skinny and scrawny, but their fur grows out in the winter, which is a lot heavier. One might also see coyotes and foxes more often. They’re hunting and scavenging, as food is scarcer in the winter. Even with the cold, it’s not as terrible as we might think it is for them because of those adaptations.

While a rabbit might appreciate taking shelter under a backyard shed in New England, one shouldn’t feed the animals. Leaving food out could spread disease or cause animals to get aggressive due to overcrowding. And with deer, for example, their bodies naturally adapt to winter food. When they are fed hay or corn in the winter, they can’t digest it. The best thing one can do is to plant something that is part of an animal’s natural habitat. Grow evergreen trees that they can take shelter underneath or plant seed- or nut-bearing bushes. That kind of action is much more helpful because it’s their natural food, they know what to do with it, and one isn’t creating a situation where they’re drawing a crowd.

Although it might be too chilly for a stroll, winter is actually not a bad time to see wildlife in New England. Hawks, owls, and seals are examples of other species one might see more often in the chillier months throughout New England showing off their excellent adaptations.