Chinese Calligraphy for a Long and Healthy Life 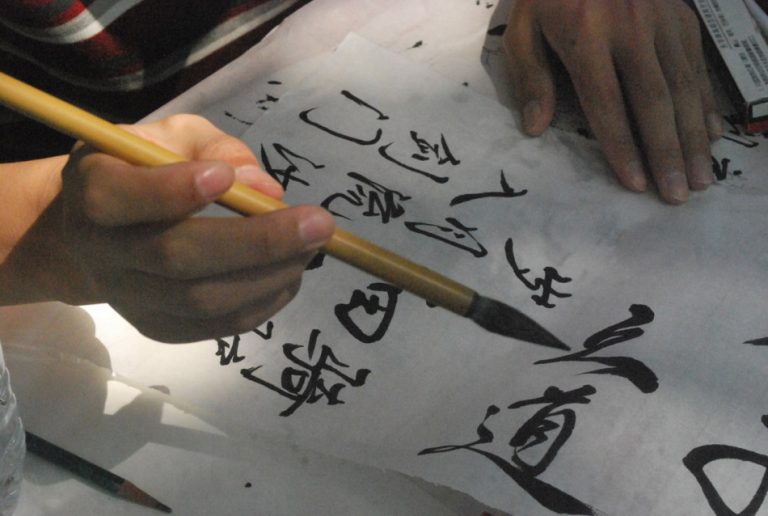 Medical reports and research studies have rated practicing Chinese calligraphy as among those activities benefiting longevity. (Image: via PublicDomainPictures.net)

Medical reports and research studies have rated practicing Chinese calligraphy as among those activities benefiting longevity. Calligraphy can dispel depression and sorrow by elevating your mind and spirit. According to Lu You, a poet of the Song Dynasty: “With a smile, you play with the brush and ink, and sickness becomes lighter.” In practicing Chinese calligraphy, the brush writing strokes become stronger, the ink becomes lively, and this is conducive to healing sickness and increasing physical fitness.

Chinese calligraphy is a physical practice

Since ancient times, there has been a scientific rationale to link physical fitness and life longevity to brush writing. Practicing calligraphy is mental work that can exercise your thinking ability, while simultaneously being a light physical exercise, involving the movement of the entire body.

Practicing calligraphy is not about spreading out the paper and smearing the ink, but it involves the spirit of the heart, strength, and energy. When you hold the brush as a calligrapher, you should sit upright and gaze with concentration. While writing, you should hold your head straight, relax your shoulders, and sit in an upright posture with your arms open and feet firmly planted on the ground. The body force from your waist gradually transfers to the shoulders, to the elbows, wrists, palms, fingers, and finally to the brush.

On the surface, practicing calligraphy seems to be only about moving your hands, but in actual fact, it involves your whole body as well as your mind. Chinese calligraphers need to enter into a meditative state with a righteous heart, calm mind, peaceful body, and completely focus on writing. Many principles and benefits of practicing Chinese calligraphy are similar to qigong practice.

Traditional Chinese medicine believes that people have five internal organs that can dissolve five energies. If the seven emotions — namely, anger, fear, disgust, happiness, sadness, surprise, and contempt — are excessive, the five internal organs will be in disorder. In this case, calligraphy can adjust your mental state to stabilize your mood.

According to the meridian system in traditional Chinese medicine, the movement of brush strokes in calligraphy can move the “zusanli,” which is one of the 365 classical acupuncture points located on the leg portion of the stomach meridian. The commonly used 5-finger writing method not only makes the writing of words strong and powerful, but it can also regulate your blood and energy circulation, loosen your joints, balance your yin and yang, benefit your body, and enhance vitality. At the same time, writing has psychological benefits that cannot be ignored.

The four stages of health derived from Chinese calligraphy

Through the preparatory movements, such as washing the brush and grinding the ink, the four parts of your body are relaxed and there is a smooth flow of energy through the meridians.

Wang Xizhi noted the progression of steps when writing: “Contemplative thinking, projecting the characters in one’s mind, moving level and straight with a vibration so that the energy meridians are connected, and focusing on the writing of the characters.” This requires concentration of thoughts and adjustment of consciousness to the best state in order to enter the mental image.

Good works can be pleasing to the eye and for the heart to enjoy. In learning calligraphy, you will get satisfaction from your own creation and there is a kind of transcendence in the purification of your thinking.

Chinese calligraphy is considered a beneficial activity for enhancing longevity, as in involves both the body and mind. Calligraphers often die of old age, without suffering sickness. Perseverance in studying calligraphy for many years is a wonderful way to keep fit.

Chinese calligraphy is not only an art, but it can also elevate your body, mind, and spirit through internal and external practices. It has been regarded as a way to strengthen the mind and body toward a healthy life.