The Supernormal Abilities of an Ancient Chinese Physician 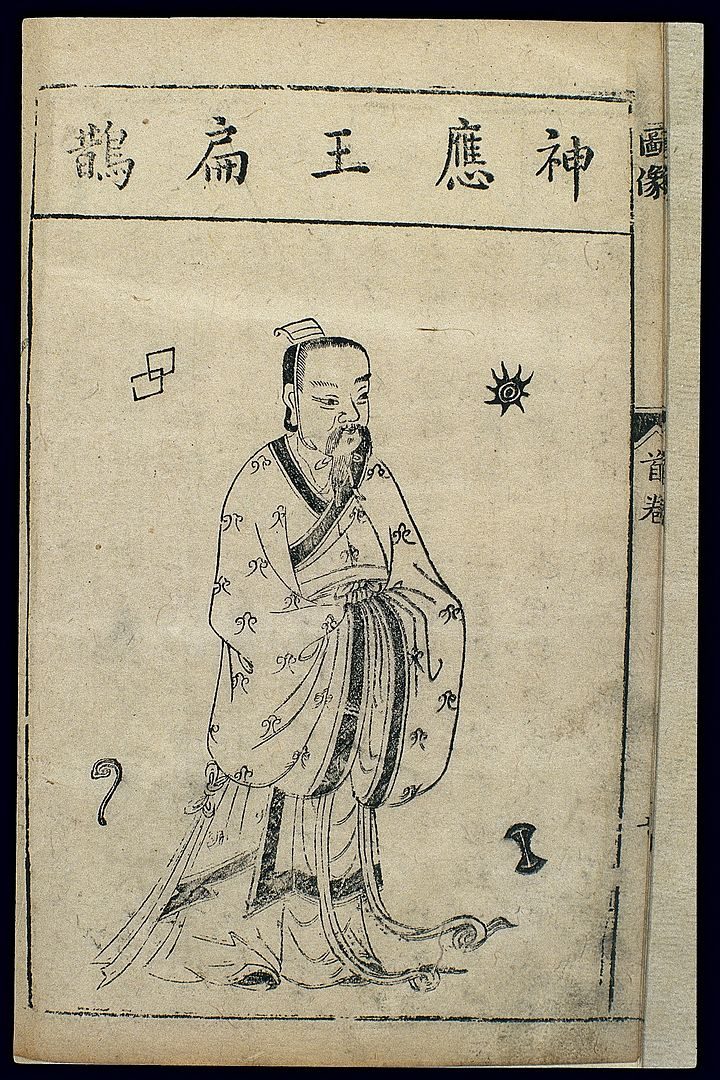 Bian Que ( 407 – 310 BC) was, according to semi-legends, the earliest known Chinese physician during the Warring States period. His real name is said to be Qin Yueren, but his medical skills were so amazing that people gave him the same name as the (original) legendary doctor Bian Que, from the time of the Yellow Emperor. He was a native of the State of Qi. Bian Que is considered to be the inventor of anaesthesia (image: via wikipedia)

Bian Que was the representative of the physicians who lived during the Spring and Autumn Period and the Warring States Period. Bian Que was, according to legend, the earliest known Chinese physician. His medical skills were so amazing that the people gave him the same name as the legendary doctor Bian Que, from the time of the Yellow Emperor.

According to the legend recorded in the Records of the Grand Historian, Bian Que was gifted with clairvoyance from a deity when he was working as an attendant at a hostel that catered to the nobility. He advocated the 4-step diagnoses of “Looking (at their tongues and their outside appearances), Listening (to their voice and breathing patterns), Inquiring (about their symptoms), and Taking (their pulse).”

It was while at the hostel that Bian Que encountered an old man who gave him a packet of medicine that he was told to boil in water. After taking this medicine, Bian Que gained the ability to see through the human body and thereby earned a reputation as an excellent diagnostician. Not long afterward, he left the hostel to travel far and wide to treat the sick.

In one case when Bian Que arrived in the state of Western Guo, he learned that the heir apparent of the local Lord had just died. After being informed about the symptoms and time of the death, Bian said that he could help the young man to regain his life. The Lord personally met with Bian outside of the palace and Bian told him that his son had not died but was in a coma.

Bian Que asked his disciples to grind a needle and he used the needle to stimulate the man’s acupuncture points. After a while, the Lord’s son awoke. Then he used the hot compress method to keep his body warm and soon he sat up. Bian also adjusted his yin and yang. After taking Bian’s specially prepared medical drink for 20 days, the Lord’s son regained his health.

An open heart surgery performed by Bian Que was recorded in the Daoist text Leizi. At that time, two men named Lu Gongyi and Zhao Qiying were suffering from illnesses and asked Bian to help them. Bian told Lu: “Your mind is strong, but your body is weak; you have plans, but you are not decisive enough to carry them out. He said to Zhao: “Your heart is weak, but your body is very good; you are too stubborn and have no future plans.” He then said to both: “If you two would exchange your hearts, your bodies would regain balance and your suffering would go away.”

They agreed, so Bian Que then gives the men an intoxicating wine that simulated death for three days. While they are under the anesthetic effects of this concoction, he cut their chests open to reveal their hearts, swapped them, and closed the chest cavities. Thus, when they woke up, they were healthy and symptom-free.

In another case, a man named Qi Yuhou was suffering from lesions inside his body, which Bian Que could see with his abilities. Unfortunately, Qi detested treatments, so he ignored Bian’s diagnosis and advice. In the end, Qi died from his illness.